Articles Sightseeing the valley of the kings 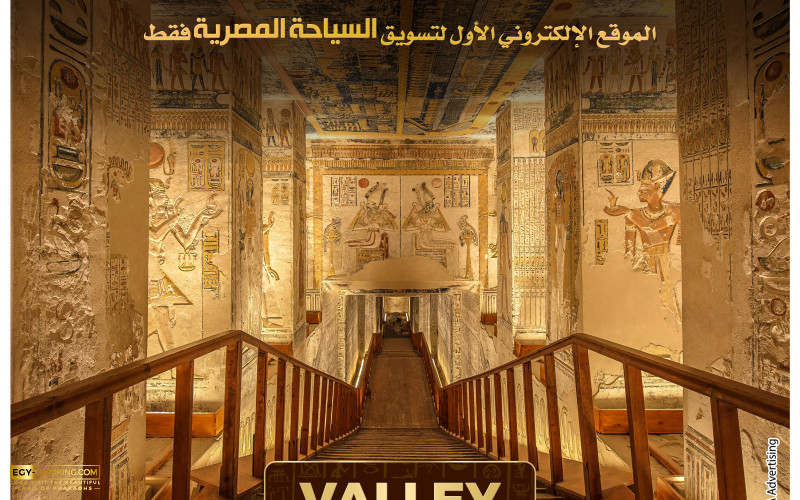 I overseed the choosing of the rock cemetery for his majesty “Thutmose the first”, alone without anyone seeing or hearing me, “said Aniniy” on “Thutmose the first’’ that was asked to choose an isolated valley behind Tiba rocks to be a place for his grave wishing to preserve his body from larcenous hands. This valley was the valley of the kings also known as “T-You” located at the old Tiba city at the western cliff of the Luxor governorate. It’s a narrow closed valley exist in the western bank of the Nile, behind Tiba’s mountain rocks, Geographically, it is a shallow groove surrounded by hills, and it resembles a large irregular crater in the middle of the heights of the western edge of the plateau. It also faces from the eastern side the Karnak temples, which are about three kilometers away from it.

This valley was chosen to bury the kings of the modern state under the top of a pyramid-shaped cliff that surrounds the valley. It contains 64 tombs. There is the tomb of "Tutankhamun", and the tombs of "Tuhutmus III", "Site I", and others.

The isolated nature of the valley was one of the reasons for choosing to carve royal tombs in it, but the pyramid was a symbol of resurrection and eternal life, and the pyramidal shape was considered a sign of the gods, as this region and the hierarchical top itself were under the control of "Hathor", the lady of the West.

It is reported that the burial continued in this valley until the Twentieth Dynasty.