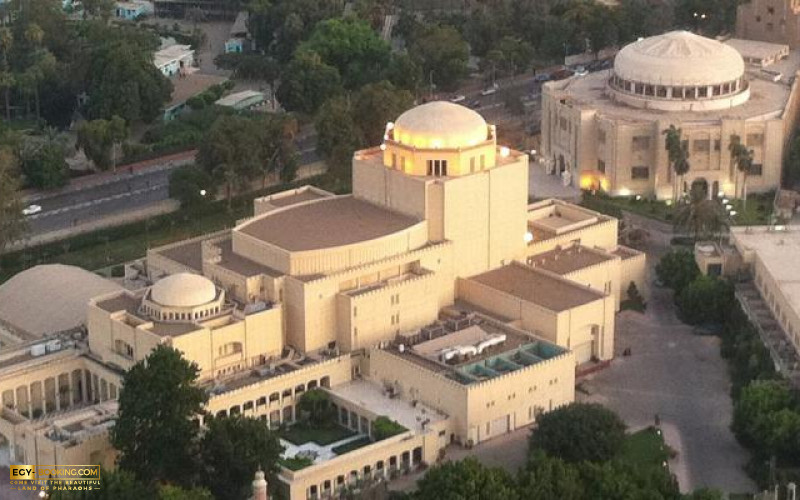 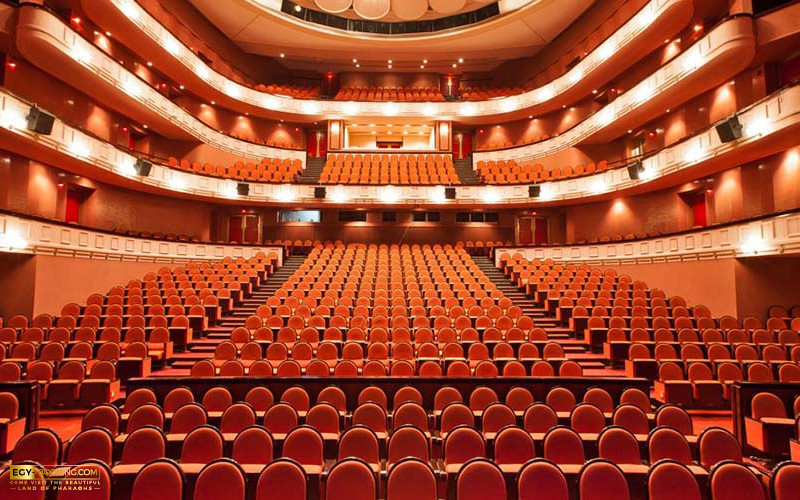 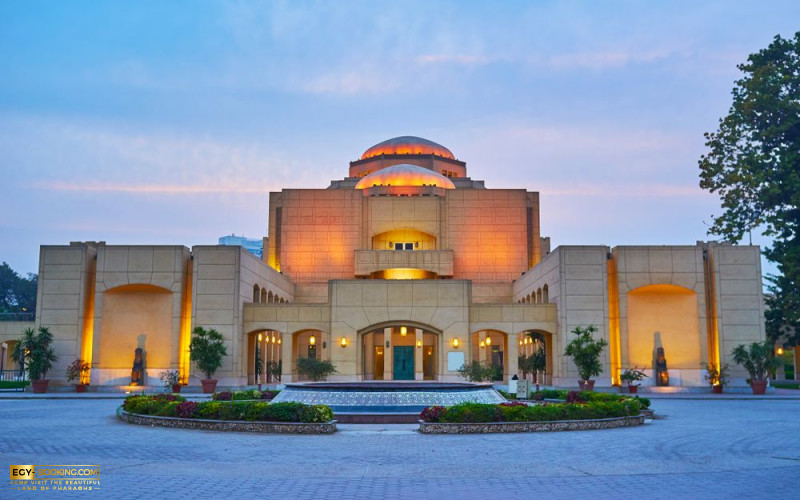 On the land of Al-Jazeera in Cairo governorate, a cultural and artistic edifice known as the "Egyptian Opera House" or the "National Cultural Center" resides. Once you step into this place, you will feel how great and wonderful it is. This edifice was designed by the Italian engineers "Voscani and Rossi", commissioned by the Khedive Ismail, who ordered them to design a design that takes into account technical precision and architectural splendor, in order to make this house an architectural masterpiece no less than its counterparts in the world. He also used a number of painters, examples and photographers to decorate and beautify the opera house.It was inaugurated on November 1, 1869 AD with the performance of "Rigoletto", taken from Victor Hugo's historical play "The King Has Fun".

And at the dawn of October 28, 1971, a great thing happened represented in the burning of the entire opera house, leaving only the statues of "prosperity" and "the renaissance of the arts"! But the matter did not end here, as the Egyptian Ministry of Culture coordinated with the Japanese International Cooperation Authority to revive the opera house again, and it was agreed on a design characterized by a modern Islamic architectural character. In October 1988, it was opened again.

There is no doubt that the Egyptian Opera House has a great role in enriching the level of culture and art in Egypt, as it includes several cultural centers, including the “Palace of Arts”, “Al Hanager Center for Arts”, “Artistic Creativity Center”, and there is a “Talent Development Center”, Which was established in April 1992, to promote the artistic taste of fine arts in Egypt. It also holds cultural salons, plastic art exhibitions, and summer music festivals for amateur bands, but it displays the work of major artists and international bands.

As for the seven opera theaters, it enjoys the latest theatrical and technical capabilities in Africa and the Middle East, and special programs and training courses are held for young talents in all fields, which are the big, small, open theater, the Republic, the Institute of Arab Music, Sayed Darwish Theater, the Roman Theater, and the Theater The fountain.

There is the Opera Museum, located in the first floor of the house, and it contains two wings. The first wing is for all the historical documents obtained from the families of the pioneers. The second wing includes posters and catalogs of some of the important performances that were presented at opera theaters, as well as the most important cultural activities that were presented in them.In addition to this, the house includes rehearsal halls, training rooms, educational classes, decoration and fashion workshops, a music library, a plastic arts hall, artists' rooms, and dressing rooms.

As for the Egyptian groups affiliated with the Opera House, they are represented by the Cairo Opera Ballet Troupe, the Cairo Symphony Orchestra, the Arab National Music Troupe, the Modern Theatrical Dance Company, the Abdel Halim Noura Troupe for Arab Music, the Cairo Children’s Choir, the Religious Chanting Band, the Opera Choral Band, and the Orchestra. Cairo Opera.

This is the story today, so let us know the most information that caught your attention.