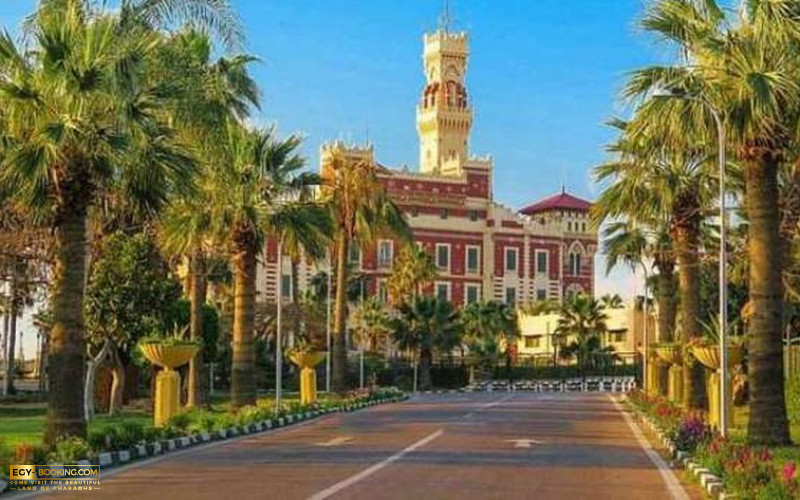 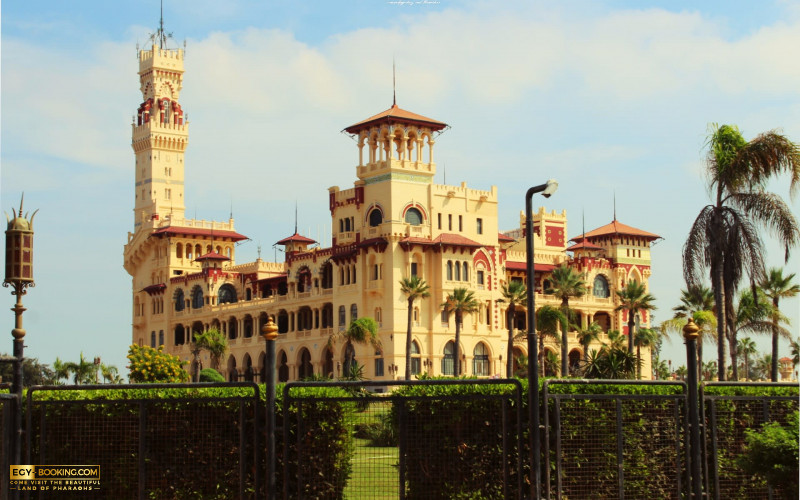 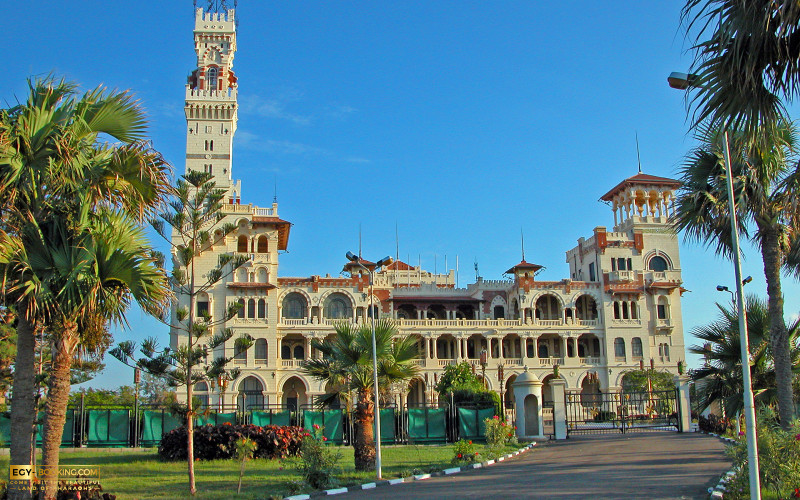 I remember that one time, my eyes came to an article about one of the most famous and beautiful royal palaces in Egypt, especially the Alexandria governorate, which is "The Montazah Palace". In view of the rich information contained in the article, I decided to share the most prominent with you.

It is a palace built during the reign of Khedive Abbas Hilmi II in 1892 AD within the park gardens, with the help of the architect of the Khedivial palaces at the time, of Greek origin, "Dmitri Faberchius", whose design was inspired by the Austrian styles prevailing in the nineteenth century in response to the wishes of the Khedive and his Austrian wife, "Gulfedan Hanim" ,However, its architecture also combines the French, Islamic Ottoman, classical and Italian Renaissance styles, as well as Gothic architecture in its various stages. It is built on a high plateau, surrounded by gardens and forests on an area of 370 acres.

What I did not realize is that the Montazah Palace is followed by two other palaces similar to it in style and architecture, one of them is known as Haramlek, and the other is Salamlek. The first was a place for the king's harem and the women of the courtiers of the royal family, and it consisted of three floors, the first turned into an international casino, and the second and third transformed into a hotel. As for the "Salamlek", it was for the king's courtiers, and it was also turned into a luxurious hotel.

It was also mentioned that the palace includes archaeological landmarks, including the famous clock tower, the tea stall, in which matters of government were discussed, and the princesses' cinema for displaying international cinema films for the princesses, and there is also a music booth, which used to witness the Khedive's summer concerts.

And there was more than one paragraph, which dealt with the wonderful park gardens, those gardens that contain basins of flowers, plants and rare trees, and contain a summer theater, and a center for marine sports. It overlooks five beaches, including Aida, Cleopatra and Phenicia. It also features beaches of rocks, sand, islands, and natural bays. It is reported that inside these gardens, a secret crypt was discovered that was used as a secret underground prison during the First and Second World War. The park's gardens and beaches had an artistic use, as they were used in many films such as "My Father Over the Tree," "A Night When the Moon Cried," and "A Tale of Love."