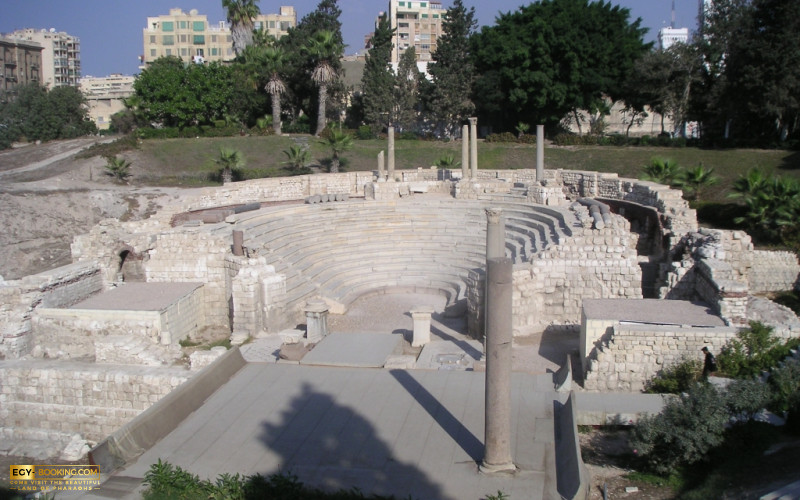 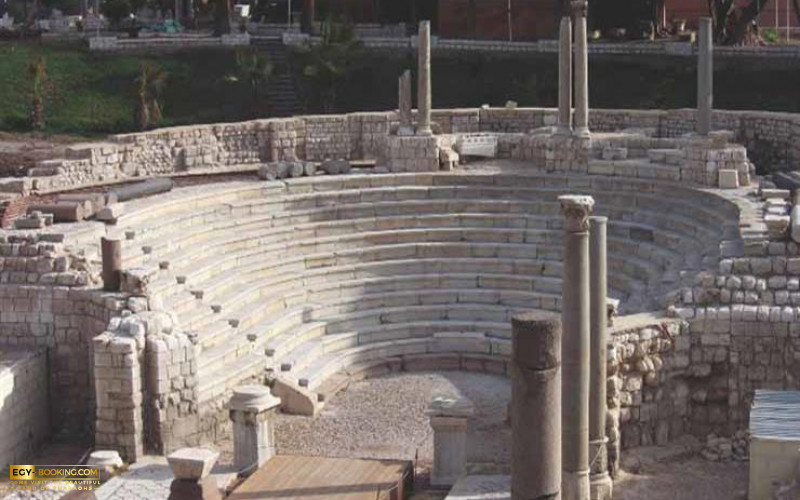 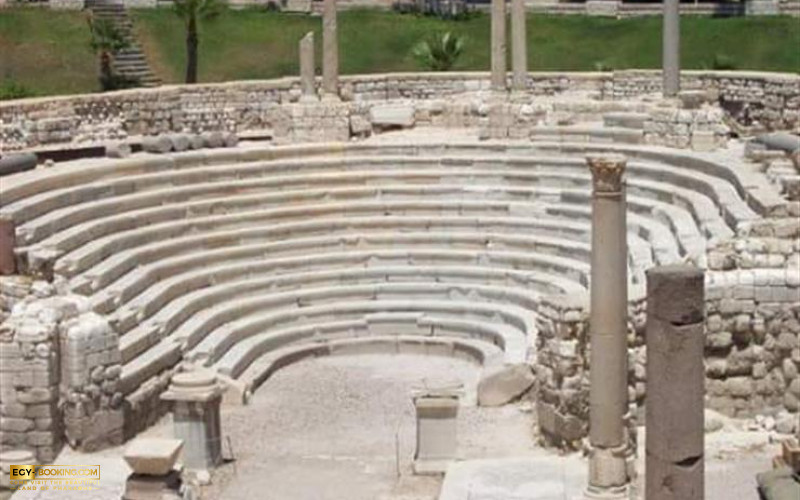 In 1960, while the Polish mission was searching for the tomb of Alexander the Great, a monument was found that people from different parts of the world would like to visit, a monument with marble degrees that made archaeologists call it the "Roman Theater"!

A theater settled in the ancient "Kom al-Dikka" area in Alexandria governorate at the beginning of the fourth century AD. This theater was contemporary to three eras, the Roman, Byzantine and Islamic. Which may be the reason for creating a state of debate about the nature of its use, as there were many and varied opinions about the basic use of this theater, some archaeologists think that it was used as a hall for political meetings, due to the presence of the emblem of the Byzantine state among the monuments in it, along with expressions of luck and victory. For the green party inscribed on the stands. And others see that it was a battlefield, But this opinion was proven incorrect, due to the small area of the theater, and the lack of fences to protect the viewers sitting in the first row. And others assert that its use was artistic, and their justification was the presence of columns, since the theater was covered, and this is the design of the music halls, in addition to the presence of inscriptions on the stands wishing luck to one of the participants in musical competitions. This view is also supported by the engineering design of the theater, which makes the winds carry sound and collide with the western wall of the theater. Consequently, a sound echo event occurs and is heard by everyone present. Whereas, the former head of the tour guides association, Dr. Islam Assem, believes that due to the presence of 21 small lecture halls in the area surrounding the theater, it was used as a large hall for lectures.

And when we look at this great effect, we find it takes the form of a horseshoe, or the letter "U", and consists of thirteen rows of marble stands made of solid pink granite, and numbered with Greek letters and numbers in order to organize the sitting process, and these stands are topped by five compartments. Only two of them are now, and the terraces are based on a thick limestone wall, which was linked to another wall surrounding it by a group of arches and vaults, and there are also two parallel halls of the entrance on the west side, which are decorated with geometric motifs.

In order for us to mention everything related to the theater, we point out that there are those who think that it is not correct to call this effect the name of the theater, since the similar theaters discovered in Greece, Italy and Jordan all take the shape of a letter C, or the shape of a semicircle, so that those sitting in The sides of the viewing, therefore, it is rather that it is called the "Roman amphitheater".

This was our story today, and our question remains for you, which is, “After we described to you theater design, what use do you think it was designed for?