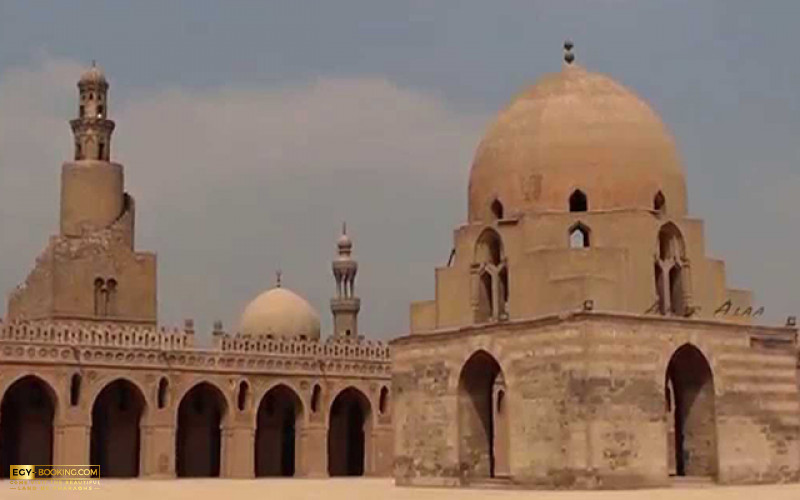 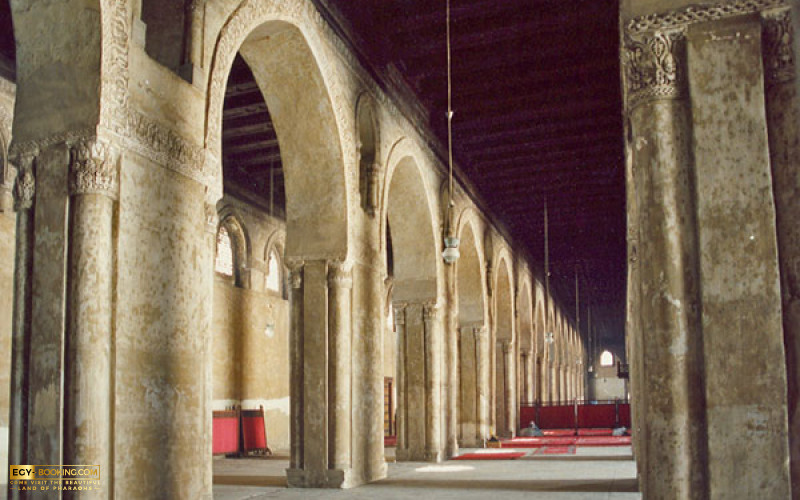 Have you ever heard of Ahmed Ibn Tulun Mosque? It is the third mosque built in Egypt after the collectors of "Amr Ibn Al-Aas" and "Al-Askar", and the only remaining trace of the city of Al-Qata`, which was founded by Ahmed Ibn Tulun as the capital of the Tulunid state in Egypt. It was founded by Ahmad Ibn Tulun, "the founder of the Tulunid state", with the help of the Coptic engineer, "Saeed bin Katib" in 879 AD, to be on a hillock known as the "Yashkar" mountain.

Perhaps the most important feature of this mosque is its minaret, which is unparalleled among the minarets of other mosques in Egypt, and the reason lies behind its unique design, which resembles the design of the Malawian minaret in the Iraqi city of Samarra. Its height reaches 40.44 meters from the surface of the earth, and an external staircase that reaches its surface is wrapped around it.

The mosque has nineteen entrances, surrounded on all sides by 128 nets made of plaster panels decorated with geometric ornaments dating back to the Fatimid period. It is reported that its area is about six acres, which makes it one of the largest mosques in Egypt.

In the middle of this great influence is a large courtyard surrounded by four "flat" iwans, the largest and deepest of which is the qibla iwan, which is divided into five arcades. There is the ablution, meaning the place designated for ablution, which was built during the reign of the Mamluk Sultan Lajin in 1296. This ablution is surmounted by a pointed dome with a height of about 33 meters. The mosque's minbar was also built during the reign of Lajin. As for the mosque's mihrabs, there are six mihrabs. The main mihrab has marble mosaics on the walls, topped by a band of glass decoration with inscriptions in naskhi script.

As for the area surrounding the mosque, in the Middle Ages there were some houses directly adjacent to the mosque’s walls, but in the twentieth century they were removed with the exception of the Cretan House “The Gair Anderson Museum”, which will be the subject of our discussion in tomorrow's article.
And if you want to see the mosque's more than wonderful details up close, head to the Sayyida Zaynab neighborhood and visit it.