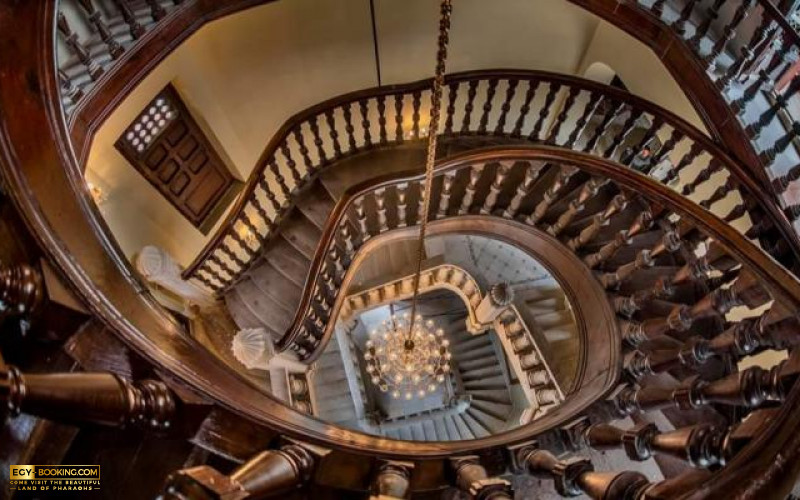 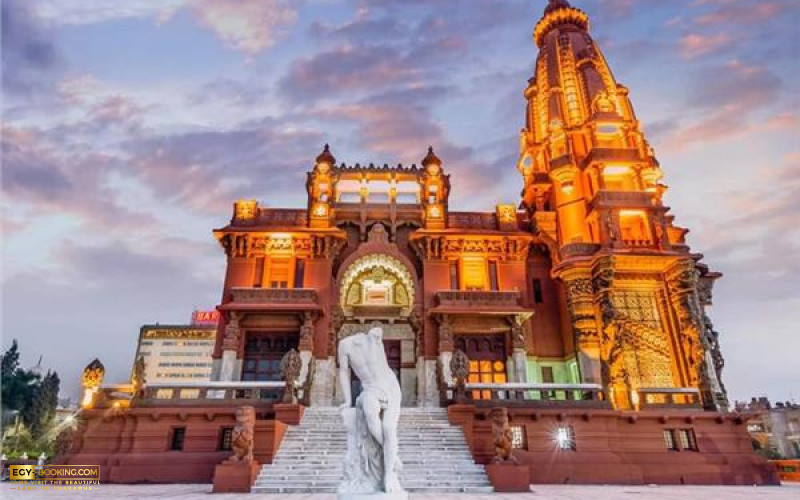 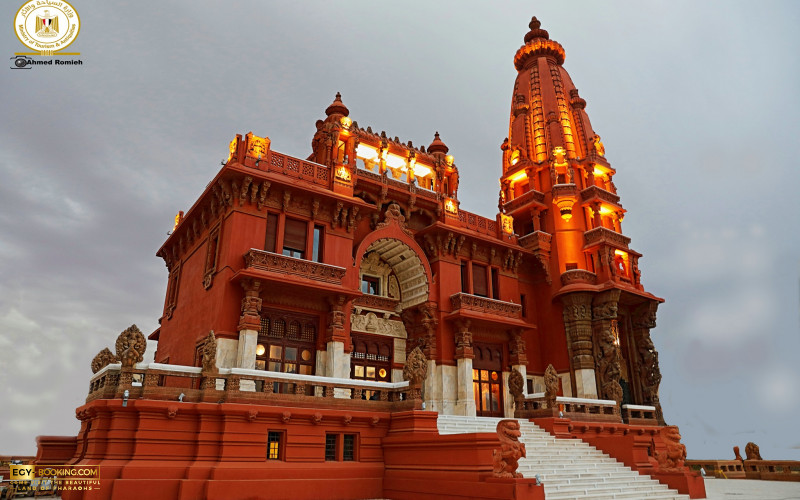 Our story today will be about a palace around which many myths and legends have revolved, which made some people avoid being near this palace.
It is the Baron Palace, located in the Heliopolis neighborhood, specifically on Al-Orouba Street on Salah Salem Road. It is also known as the Indian Palace for being inspired by Indian architecture. Now that we know the name and location of the palace, let us know its story together.

In 1911 AD, the Belgian engineer, Edward Empain, nicknamed the Baron, constructed this palace to later become a historical exhibition that narrates the history of the Heliopolis neighborhood through a set of photographs, archival documents, illustrations, maps, and correspondence with the history of the Heliopolis neighborhood, the Heliopolis neighborhood. Al-Matariya neighborhood through different eras, as well as its most important heritage landmarks, and a variety of photos, maps, documents, and films that tell the history of New Egypt, and the aspects and lifestyle of that distinctive period of time. The Baron was inspired by the architectural style of the palace from inside one of the art galleries in Paris,More specifically than a design attributed to the French artist, "Alexandre Marcel", it was the design of a very creative and beautiful palace, mixing between European and Indian architecture. We note that Empain chose to design it in the Indian style, in order to return the favor to the Indians who saved him from death when he was seriously ill during his stay in India.

It took five years to construct this architectural masterpiece. The strange thing is that it was designed in such a way that the sun never sets in its rooms and lobbies! The palace consists of two floors and a small extension near it topped by a large dome, and it has a tower that rotates on a moving base a full cycle every hour to allow the seated in it to see what is around him in all directions, and its balconies bear wonderful marble statues in the form of elephants. It is worth noting that most of the statues in the palace were brought by the Baron with him from India.

Regarding the myths that were said about the palace, they are represented in hearing voices moving the palace furniture between its different rooms in the middle of the night, in addition to the lights that turn on and off suddenly in the backyard of the palace, and others. There are also different stories about the source of these myths, one of which is the Pink Room in the basement of the palace, which the Baron denied his daughter and sister Baroness "Helena" to enter. There is also the killing of the Baron's sister after she fell from the balcony of her inner room while the baron was circling the palace tower to the south.As the base stopped turning at that moment when the baron rushed to discover his sister's cries, and this was the beginning of the ghost stories that came out from the baron's sister's room into his personal room. There are many other myths and legends that add to the ambiguity of this palace, the mystery that prompted foreign artistic production companies to offer huge sums of money to enter the palace and shoot some of the scenes of their films inside it!

Despite these myths and legends that were formed around it, the palace will remain a masterpiece of art, architecture, and history, which the Baron excelled in designing.

And if you want to see this wonder up close, the doors of the palace are open to welcome you!