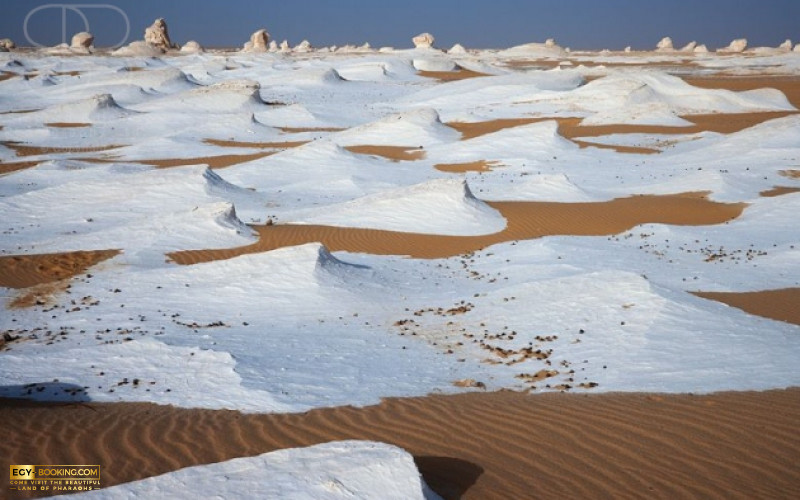 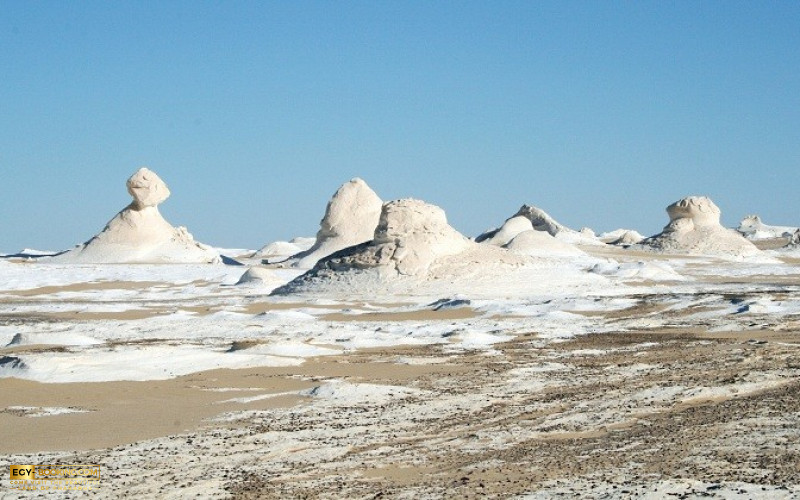 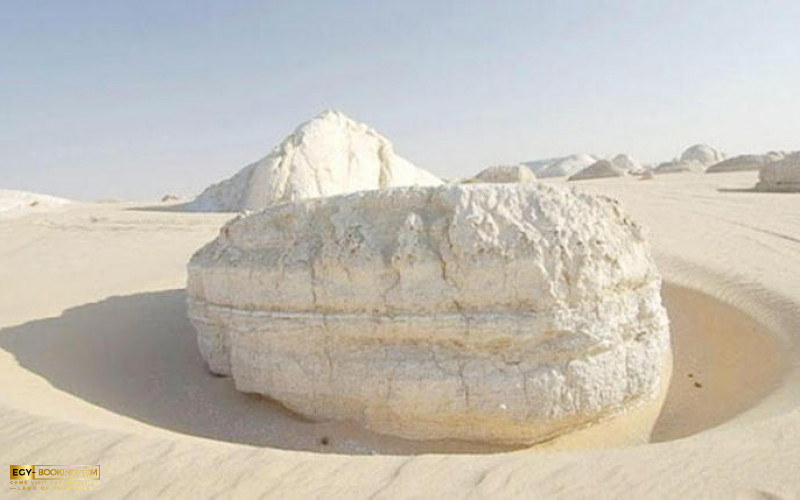 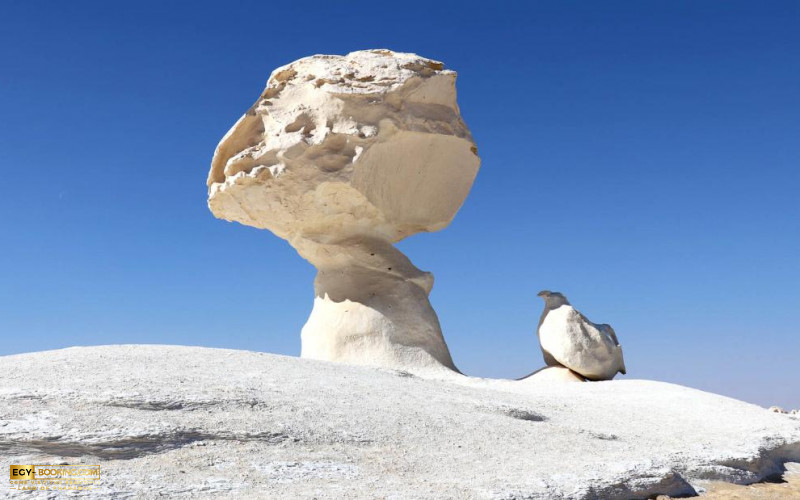 It is normal for the desert to be yellow or brown, but our region, which will be the subject of our conversation today, has deviated from the natural and the ordinary, as it is a desert covered in white!

The White Desert is located in the Bahariya Oasis in the north of Farafra Oasis in the New Valley Governorate in Egypt, and its area became about 3,981 km2 after its borders were modified by adding an area of 971 km2 as an area surrounding the desert by the decision of the Engineer, Minister of State for Environmental Affairs No. 225 of 2008. It was declared a natural reserve by virtue of Prime Minister Decree No. 1220 of 2002.

This desert contains wonderful sand formations formed by a sandstorm several centuries ago, which transformed the sand into something like white clay paste resulting in these strange sand formations in it, perhaps the most prominent of which is known as the huge chalky rock. In addition, it contains invertebrate fossils, fossilized trees such as acacia, and white limestone. Therefore it has been considered as an open museum for the study of the desert ecology, geography, fossils and wonderful wildlife.

However, this desert includes a region of tourist attraction, which is called the "mushroom area", as it includes limestone and chalk stones of large size that take different shapes, some in the form of a bird's head, another in the form of a high dome, and there are those in the shape of a mushroom plant !

In addition, the desert contains ancient antiquities and prehistoric tools, as well as caves, ancient inscriptions, tombs, and the remains of some mummies. There are also animals such as deer and some birds. The strange thing is that it is not like other deserts that reptiles and predators live in.

There is no doubt that it is one of the best places to camp, and observe the splendor and beauty of the stars at night. It is worth noting that this reserve was chosen by the members of the UNESCO Regional Office for the Arab Countries to be the first Egyptian geological park on the international list.

Now that we know together this desert full of wonders, let us, dear reader, tell us whether you have visited it before or not?