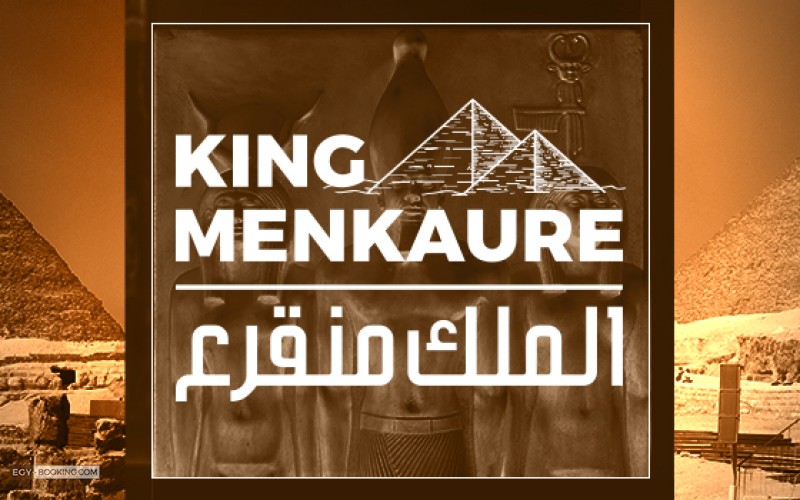 Known as "Mankaura", he took the throne after the death of his father, King Khafre, for 18 years, according to the Turin Papyrus, it was said he was known for his qualities of piety, devotion, and kindness, he built the last pyramidal groups in the Cemetery of Giza, he is the king "Menkaure", the fifth king of the fourth family during the era of the old state.

An Egyptian pharaoh, he was the reason of constructing part of the last pyramid group in Giza, the hierarchical group of King Menkaure, which his son, King Shepseskaf, completed because of he passed before it was completed. And This hierarchy consists of: the Pyramid of Mankaura, three small pyramids, the funerary temple, the rising road, the Temple of the Valley.

For the original pyramid, it is up to 65 meters high. It is the smallest compared to the pyramids Khufu and Khafre, and this smallness resulted from the small area remaining on the Giza Plateau. We note that the resources used for covering the pyramid were granite and limestone. He went against his ancestors in their use of limestone for covering their pyramids, and used granite brough from Aswan, which is more than 800 km away from Giza. This long distance explains the covering of the rest of the pyramid with limestone, because it was very difficult to ship and transport granite.

Some of the stories associated with this pyramid have spread, including: the destruction in the middle of it, caused by the son of Saladin, the dear king, after he decided to destroy the Pyramids of Giza, but in the end, his attempts failed. There is also the story of the basalt coffin in the burial chamber, discovered by British soldier Richard Fayez in 1837, who was impressed by its exquisite design and inscriptions and decided to steal it and ship it to Britain, Inside this coffin was another wooden coffin with religious inscriptions and the name of King Mankaura, and the surprise was when the sarcophagus coffin sank in 1838 after the sinking of the Beatrice ship, which was carrying it, the coffin sank on the bottom of the Mediterranean sea to this day, but the wooden coffin succeeded in reaching the British Museum, and it is still on display.