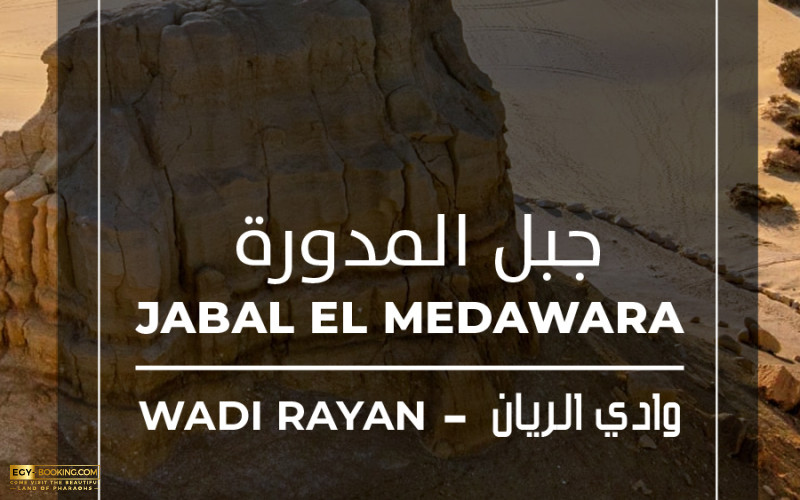 Do you want to live an enjoyable experience amidst the enchanting nature? Then head to the center of the Wadi El Rayan Protectorate in Fayoum, where the Jabal Al Mudawara area is located, where you can go safari, mountain climbing and sand boarding, as well as contemplate the beauty of nature.

And by speaking of Jabal Al Mudawara, it is a mountain that dates back to 45 million years ago, that is, the period before the Eocene period. It is a rare plateau with unique geological formations that take the shape of a circle, and at the bottom of it is a natural lake. The Al Mudawwarah Mountain and the surrounding area were formed as a result of erosion factors that, along with the sand dunes, contributed to removing the surface formation and the remains of animals that were deposited above it.

In the area around Jabal Al Mudawara, you can see what is known as "angel pits", which are similar in shape to petrified coins. The surface of the area is marked by a refracting rift as part of a vast lake formed "at the end of the Ice Age", as the lake gradually began to dry up.

This is in addition to a lot that you will discover by visiting the Jabal Al Mudawara area.