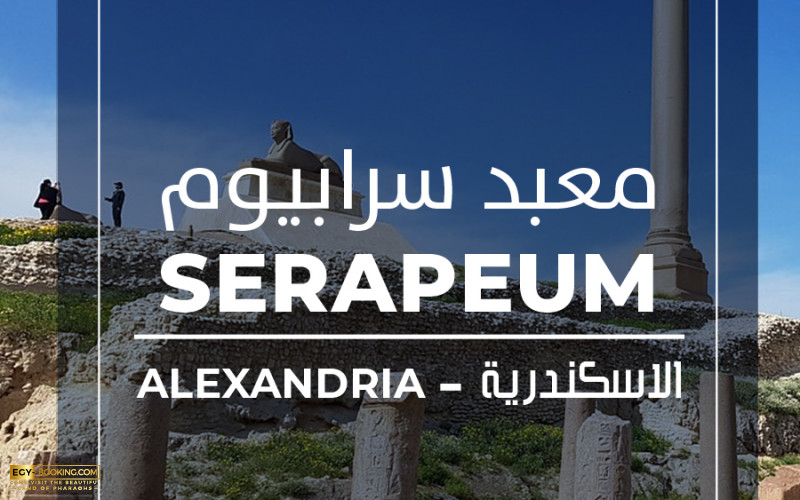 The Temple of the Serapeum in the Saqqara Desert in Egypt has always been a puzzle for scientists and Egyptologists, due to its 26 coffins made of high-hardness rocks such as red and black granite, as well as its catacombs and long tunnels that exceed 400 meters.

The Serapeum of Saqqara is the most important tomb built in Memphis. It is located in the Apis calf burial complex, which was sacred in the periods of the ancient Egyptian dynasty and symbolizes fertility and was worshiped in Memphis. The temple begins with a long corridor that leads to stairs consisting of large terraces, at the end of which a small door opens to a main corridor on a straight line, 36 meters long, and on either side are 24 domed burial chambers carved in the rock, and each burial chamber contains a huge sarcophagus of different colors. It has multiple Egyptian inscriptions.

It is mentioned that the Serapeum is a name given to every temple or religious structure dedicated to the worship of the monotheistic god Serapis, a sacred cult in Egypt in the Hellenistic “Greek” era, combining two deities of the ancient Egyptian gods, Osiris and Apis, with the aim of making citizens of Greek origin and others from People of Egyptian origin participate in the worship of the protector deity, who combines the attributes of the Greek gods "Zeus and Hades" with the attributes of the two Egyptian gods "Osiris and Apis".