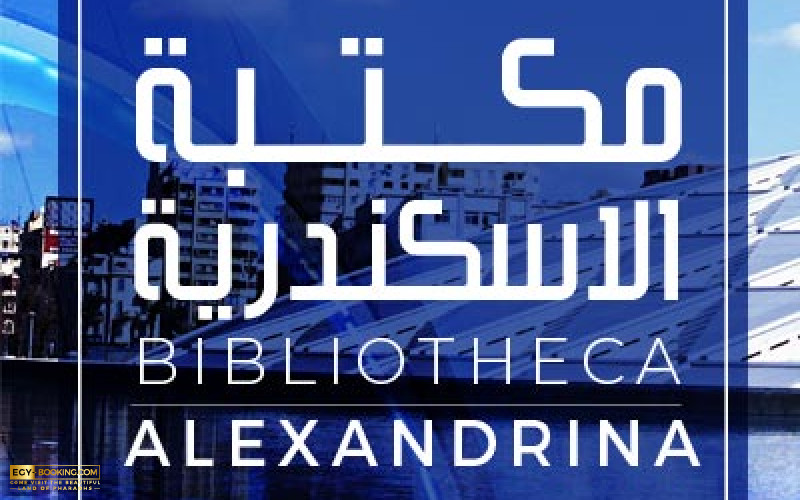 Dear reader who is looking for knowledge, and also for fun, you are undoubtedly familiar with the ancient Library of Alexandria, but you may be surprised to know that it contains four main museums, namely “Antiquities”, “Manuscripts”, “Sadat” and “History of Science”. Also it has seven specialized research centers: manuscripts, heritage documentation, calligraphy and writing, informatics sciences, Alexandria and Mediterranean studies, arts, scientific research, and the Dialogue Forum. Also, this huge building houses nine permanent exhibitions, namely: Alexandria through the ages, "The Mohamed Awad Collection", the world of Shadi Abdel Salam, masterpieces of Arabic calligraphy, the history of printing, the artist's book, astronomical and scientific instruments among the Arabs in the Middle Ages, and the Muhyeldin Hussein exhibition: A creative journey, an exhibition of the works of the artist Abdel Salam Eid, and a group of care for the tiger and Abdel Ghani Abu Al-Enein.

The library contains six specialized libraries, namely: the audio-visual materials library, which includes different types of audio-visual aids covering various topics: educational, religious, cultural, political, documentary, cinematic, in addition to self-education tools in various fields, as well as recordings For all conferences, concerts, art and exhibitions that take place in the Bibliotheca Alexandrina, there is also a library for the blind "Taha Hussein Library", which represents a new concept that opens new horizons for the blind and visually impaired, and enables them to access the Bibliotheca Alexandrina resources as well as the Internet. There is a children's library and a microfilm library that provides the opportunity for researchers to view a number of different manuscripts and documents, in addition to a set of special books available in microfilm form. The sixth library is the library of rare books and special collections.

It is truly one of the most important cultural landmarks of the city of Alexandria, so if you visit the bride of the Mediterranean, you should stand there, and take a tour inside it.