Articles Sightseeing The way and kotab of Abd al-Rahman Katkhuda 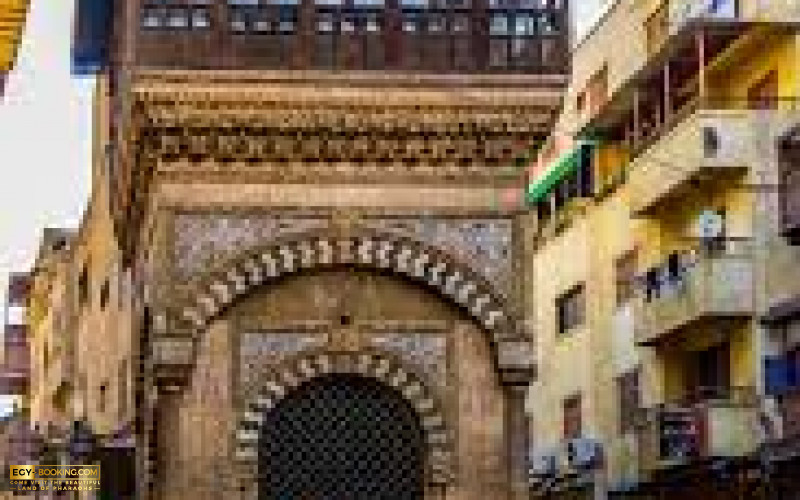 It is one of the landmarks of Al-Muizz Li-Din Allah Al-Fatimi Street, and one of the finest models designed for the fountains. It was built by the Prince of Builders, Prince Abdul Rahman Katkhuda Al-Qazdaghli in 1157 AH, 1744 AD. It is the way and kotab of Abd al-Rahman Katkhuda.

This historical landmark is located at the intersection of Al-Muizz Street and Al-Timbaksheh Street, facing the Mamluk Prince Bashtak Palace. It consists of a sabil room and a kotab room. As for the sabil room, it is rectangular, its walls are covered from the inside with blue straw, and the floor is marble. It has three facades, each of them has copper nets, and each facade contains a semi-circular arch that rests on two marble columns, and in the middle of the arch is a large opening that is used to offer cups of water to passers-by, the “spiking net”. The walls of the external facade contain interlocking stone courses in the form of foliage, and the façade of the sabil is crowned by six rows of muqarnas that bear the floor of the first floor that contains the kotab.

And for the kotab, its room has a rectangular plan, overlooking the street on three sides by means of mashrabiyas. This room has seven marble columns, surmounted by six pointed arches of stone, crowned by a slanting wooden flap. There is also a balcony with 14 fine wooden columns, bearing 15 knots resting on a balustrade of fine milled wood, and the balcony is crowned with a wooden fender lower than the first one.