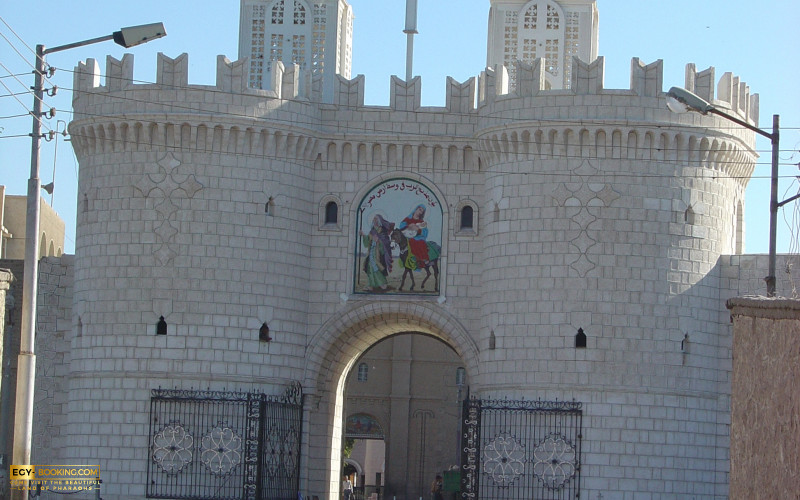 It is one of the largest and greatest Egyptian monasteries, and is the last site visited by the Holy Family during its historical journey from north to south, which was later transformed into the structure of the ancient Church of the Virgin in the monastery. This is in addition to being one of the most important historical monuments in Assiut Governorate. It is "Deir Al-Muharraq", located about 15 km southwest of the city of Al-Qusiyah.

A monastery founded at the end of the fourth century AD, and its area was about 20 acres. It includes six main churches, namely: the ancient church "The Church of the Virgin", which dates back to the first century AD, whose structure is the room inhabited by the Holy Family, and the Church of St. Takla Haimanot of El- habshy, which was located above the roof of the ancient church, but for fear of its impact on the archaeological church, it was removed in 1936 AD, and there is the Church of Yohna El- maamadan, which was removed in the nineteenth century, and in its place the outer hall of the ancient church and the annex rooms were established. Only the stone altar and some icons remained, as well as the Church of the Archangel Michael, and the Church of St. George, as well as the The Church of the New Virgin, which was built in 1940 AD. We note that the monastery from the inside was divided into three sections by internal walls, the outer section contains the new Church of the Virgin, a hospitality building, the office of the agent and its belongings, libraries for selling the monastery’s publications, and others. The middle section includes the guest palace, some gardens, while the last section includes the monastery churches and the monks' cells.

And regard to its name, there are several explanations for the reason for its name Al-Muharraq, including: The agricultural basin that was established in the middle of the monastery was abundant in the herbs of allies and mountain weeds, and in order to get rid of them, they were burned with fire, hence the name Muharraq.