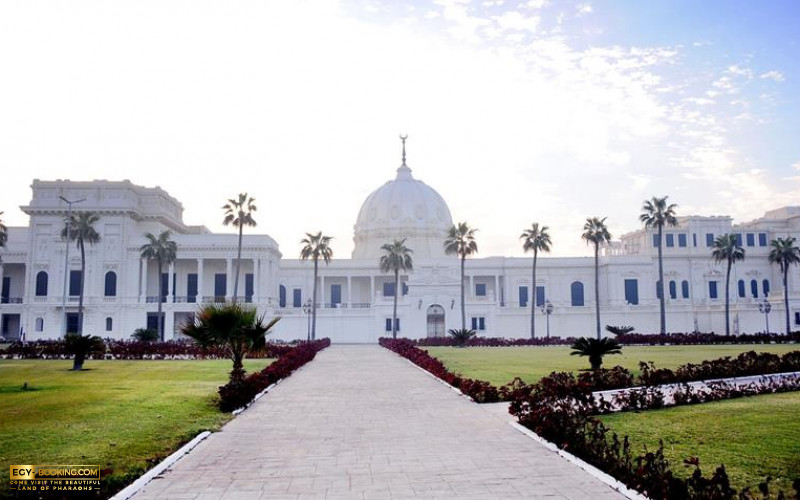 The Bride of the Mediterranean is full of a large number of tourist attractions that everyone from all over the world flocks to. Each tourist attraction has a history and a story that made it more distinguished and unique than other attractions. One of these monuments is one of the oldest and most beautiful historical palaces, which is the "Ras El-Tin" palace. This palace is the only one that witnessed the rise and end of the Muhammad Ali family, and in September 2013, it was listed among the Islamic and Coptic monuments.

1834 AD, was the year when the governor of Egypt, Muhammad Ali Pasha, commissioned the French engineer “Serezy Bey” to design the palace in the Ras al-Tin area in Alexandria, to take 11 years to build, and it was officially opened in 1847 AD. It was built on an area of 14 acres, two acres for buildings, and the rest of the area was planted with trees that were brought from Europe, India and Africa, in addition to the fig trees that surrounded the palace from all sides, which is why the palace was named by that name. Ras El-Tin Palace was designed in the European style in the form of a fortress, and during the reign of King Fouad, it was rebuilt in a style in line with the spirit of the modern era by the Italian architect "Ferucci" and the engineer "Hassan Pasha El-Adawy" to be similar to Abdeen Palace. Two floors were added to the palace, a mosque, and a unique hall similar to the Byzantine hall in Abdeen Palace, in addition to the renovation of the railway station that was established during the reign of Khedive Ismail. After the construction of the new palace, only the eastern door, known as the "Bab Muhammad Ali", remained of the old palace. During the reign of King Farouk, a building was added for the princesses, who joined the king in the palace during the summer to enjoy the beauty of Alexandria and its moderate atmosphere.

Among the most important features of the palace are the main hall, the Gothic hall, the throne room, the marble hall, and the dome hall, which is characterized by the presence of the giant dryer weighing 2.5 tons, and its floor was made of parquet inlaid with mother of pearl in the form of birds and butterflies, as well as containing many salons, most notably Science salon.