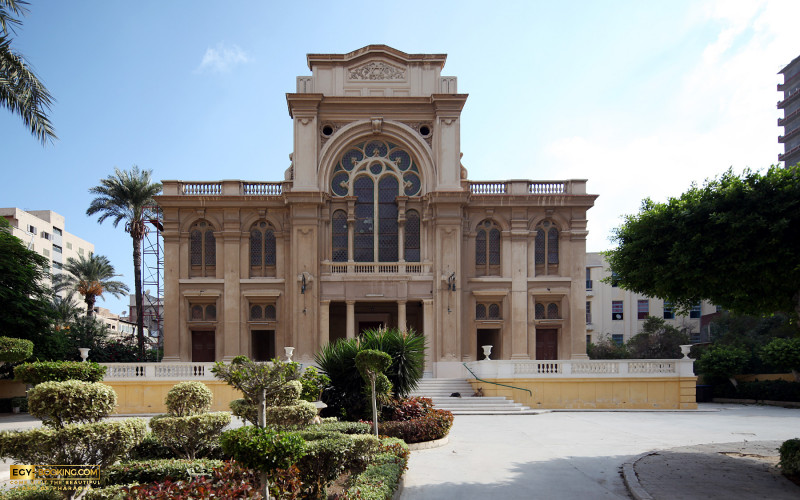 Today we will shed light on one of the oldest and most famous synagogues in the city of Alexandria, which is the Temple of Eliyahu Hanbi. A temple attributed to the prophet "Eliyahu Hanbi", one of the prophets of the Children of Israel who lived in the eighth century BC. Its religious and historical importance to the Jews is their belief that the Prophet Eliyahu appeared to the Jewish clergy at the place where the temple was built after his death.

Eliyahu Hanbi Temple was built in its present form in 1850 AD on top of the original structure, which dates back to 1354 AD. It was built in the basilica style, and it can accommodate 700 worshipers, and contains about 63 books from the Jewish books. It consists of two floors and five suits, and is divided into two parts. The first has the main entrance, which is located on the western side, and the second is dedicated to women's prayer. It has wooden terraces, on some of them are written the names of a number of the founders of the temple from the Jewish community. On the eastern side, the temple includes the structure made of marble, and in front of it we find a platform dedicated to preaching and prayer, as well as two sacred gardens dedicated to holding rituals on the northern and southern sides.

The temple is distinguished by its green and violet colored glass windows, decorated with gold-colored ornaments, in addition to the towering marble columns, decorated with inscriptions written in Hebrew that include the name of the temple and the date of its construction.