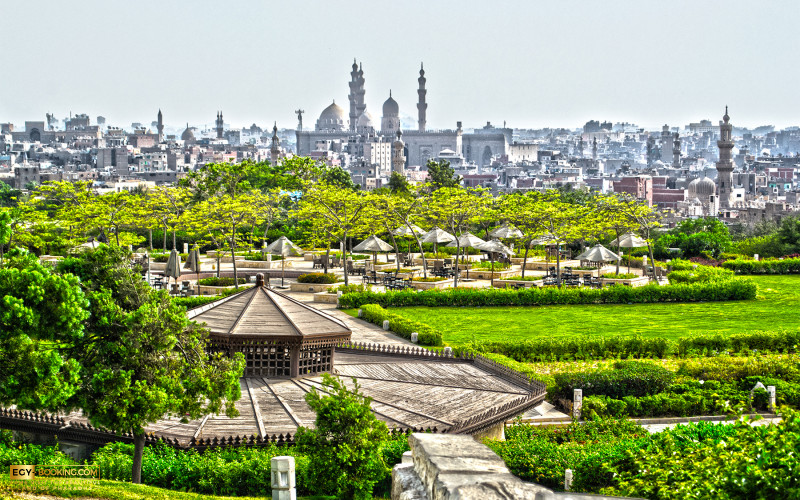 What do you think of an enjoyable picnic in one of the largest parks in Greater Cairo? Here we mean Al-Azhar Park, which is located on an area of about 87 acres, and it is bordered on the north by Al-Azhar Street and Al-Gamaliya area, from the south by Salah El-Din Al-Ayyubi Castle and Sultan Hassan Mosque, from the east by the tombs of the Mamluk princes, and from the west by the Cairo Wall that was built by Salah El-Din and the Al-Darb Al-Ahmar area Which includes a group of Islamic antiquities from the era of the Islamic conquest until the modern era.

By researching the history of its inception, we find that it was a specialized repository for the remnants of the inhabitants of Cairo for more than five centuries until a proposal came from the Aga Khan IV to clean this space and turn it into a green oasis covered with plants and palms. Indeed, the garden was designed by the Egyptian couple, the engineer Maher Esteno, and engineer Laila Al-Masry, with the participation of a whole team of young engineers, to be opened to the public in 2005.

And for the plants that the garden contained, it includes several types, including: dry desert plants and green plants on the western slopes, and there are shade trees in the middle of the garden, as well as local and western trees such as sycamore, jujube, senna and Sophora, Japanese trees, as well as medicinal herbs.