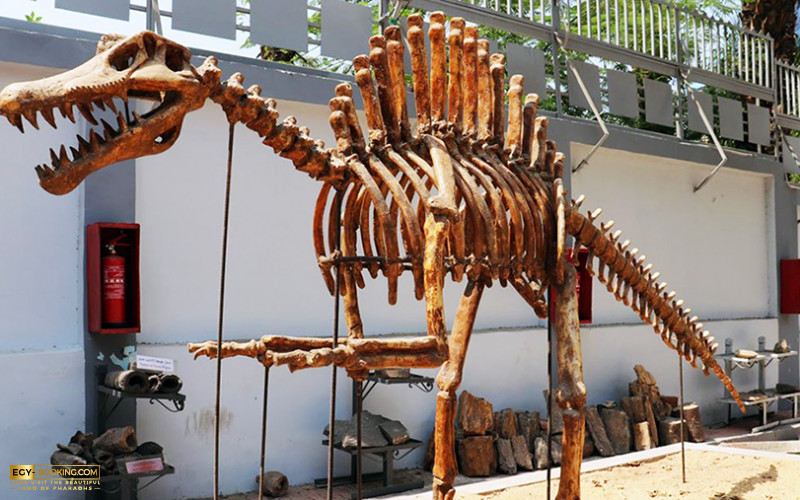 A place where you will find fun and education, as it will overload your information, and at the same time, will leave in you a kind of joy and fun. It is the Egyptian Geological Museum, located on the Nile Corniche in Maadi.

A museum that is the first of its kind in the Arab world and the Middle East. It was built in 1901 and opened to the public in December 1904. It includes more than 50,000 pieces of fossils, rocks, minerals, precious and semi-precious stones.

During your visit to it, you will find that it includes three major galleries, the first for invertebrate fossils, which contains fossils of shells, amphibians and coral reefs. The second is for vertebrate fossils, including: the skull of Arsenotherium, which is similar to the rhinoceros and has the body of an elephant, the bones of a dinosaur, which is the second largest dinosaur in the world and is 77,000 years old, and a complete skeleton of a whale was discovered in 1901 AD by the English scientist Bidenell. And for the third hall, it is for rocks and minerals, and it contains a group of meteorites such as the Esna meteorite and the palmetto, a sample of moon rocks, a group of precious stones and amber, and the wrought shells of the former royal family. In addition to the three halls, the museum contains a library, a room for displaying stereoscopic scientific films, a hall for scientific lectures, and some laboratories for fossils and minerals.