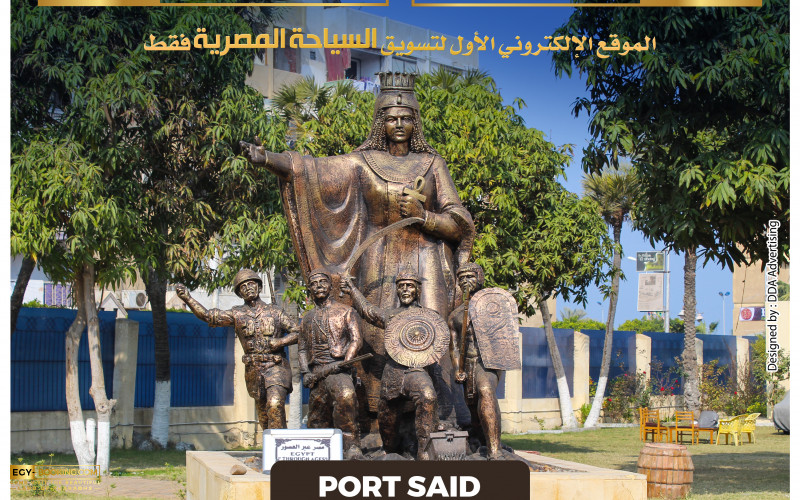 Today we are talking to you from Port Said Governorate, specifically from July 23 Street in front of the Military Hospital, where one of the governorate's most important museums, the "Port Said Military Museum", is located.

To commemorate the tripartite aggression against the city of Port Said, and to document the greatness and valor of the people of Port Said in defending their land, the Port Said Military Museum was built, which dates back to 1964 AD. It was inaugurated in conjunction with the National Day celebrations of Port Said Governorate on December 23, 1964 AD. It was built on an area of 7000 square meters, which contains a museum garden dedicated to the open museum display, and the main building of the museum, which includes museum exhibition halls, facilities, and museum services.

And for the museum display, we find that by displaying a variety of weapons and military equipment that were used or seized in the 1956 and October 1973 wars, the epic of the steadfastness and valor of the Port Said people in confronting the Triple Aggression is documented. The museum display is divided into three sections: the open exhibition hall, the permanent exhibition halls, which in turn are divided into the main hall, and three other halls: the Suez Canal Hall, the Triple Aggression Hall, and the October 1973 Hall, as well as the temporary exhibition hall.

Speaking of archaeological museums, we would be glad if you could mention the names of the museums that you have visited before.