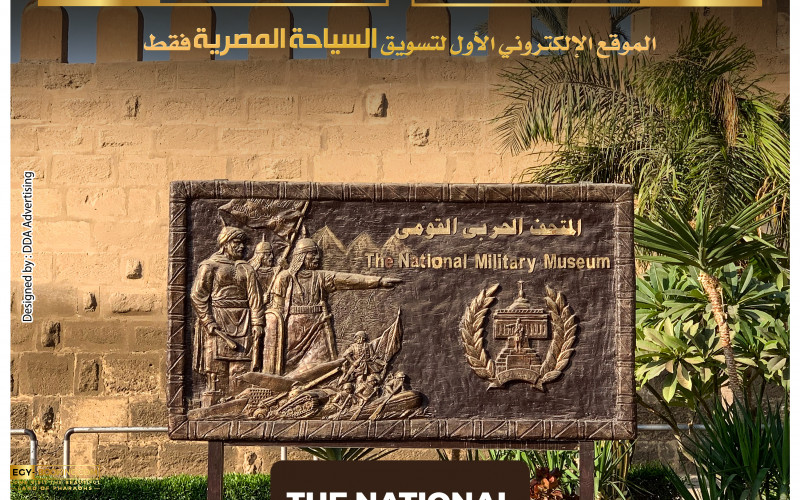 Want to learn about the history of the Egyptian military, the development of weapons and equipment, and the greatest valiant battles? Then head to the National military Museum at Salah El-Din Citadel.

A museum that is considered one of the largest and greatest military museums in the world. It was built in 1937 in the old Ministry of Defense building on Falaki Street. It was then moved temporarily to the Garden City building in 1938, and then it was officially transferred to the Haram Palace in the castle in November 1949. It has been developed and renovated several times, the last of them was in 2021.

For the contents of the museum, there is the Glory Hall, which displays flags and banners from the Ottoman era until now, as well as the Clothing Hall, which shows the development of the soldier’s uniform since the beginning of the Islamic era until now, we also find the Weapons Hall, and the Islamic Era Hall, in which there are dioramas illustrating the events of capturing King Louis IX in Mansoura during the era of "Turan Shah" the last sultans of the Ayyubid state. It also includes other dioramas of the Battle of Ain Jalut and the Islamic Battle of Badr, in addition to the Muhammad Ali Pasha Hall, the October Victory Hall, the Martyrs' Hall, the Modern and Contemporary Hall, Coptic era, and the Greco-Roman era hall.

And for the contents of the rest of the aforementioned halls, we will leave it to you to discover it for yourself.