Articles Sightseeing The island of "Elephantine" 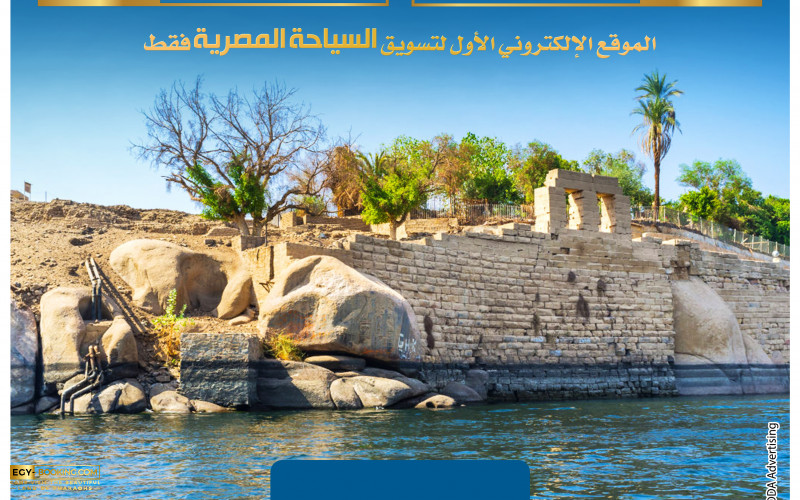 An island that some call "the ship of antiquities", or "the jewel of the south". It contains archaeological treasures from the oldest ages, including the Islamic era. It represented, from the early days, a trading center that supervised the trade of the south, due to its location north of the canopies, and it also served as a fortress to defend Egypt against any attacks from the south. It is the island of "Elephantine", which is facing Aswan from the western side.

1500 meters is its length, while its width is 500 meters. It was called the island of "Abu", meaning the elephant, as it served as a trading center for the reception of African ivory, which is known as "Abu" in the ancient Egyptian language. Then the name changed in the Greek language to Elephantine, which is elephant ivory.

Among the most famous monuments on the island are the "Satt" temple, which was one of the island's most important deities, and the "Haqqa Ib" cabin, who was one of the city's most important rulers during the Sixth Dynasty. On the eastern side of the island is the Nilometer, which dates back to the Ptolemaic period, and was used to calculate the increase or decrease of the Nile flood. Also located in the southeastern part of the island is the Aswan Archeology Museum, which was built in 1898 as an administrative headquarters for one of the engineers of the Aswan Reservoir, and then turned into a museum in 1917, to include the antiquities discovered in Aswan and the Nuba regions, and Elephantine Island from various ancient Egyptian, Ptolemaic, Roman and Islamic eras.