Articles Sightseeing Mountain of the Dead 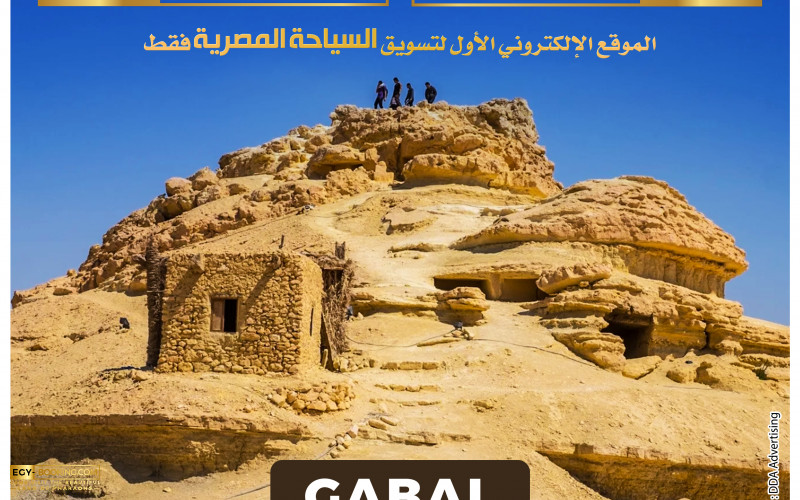 It is one of the wonders of Siwa Oasis, and the second most important monument discovered in Matrouh Governorate after the Temple of Revelation. It dates back to the twenty-sixth dynasty. It is the Mountain of the Dead, which is located 2 km from the Siwa area of the Matrouh Governorate.

A conical mountain with a height of 50 meters. Its discovery dates back to 1944 AD during the Second World War, when the people of Siwa went to it for shelter, and found pharaonic tombs located inside it. The mountain consists of limestone soil, and it is considered as an archaeological cemetery, as it contains thousands of rock-cut tombs, which its inscriptions helped date the oldest tombs in them, because burials continued in these tombs until the late Roman era.

These tombs were carved in the rock in the form of a beehive of stone, in the form of regular and successive rows in a geometric shape, resembling the ancient oasis. Most of the tombs were carved in the Greco-Roman style in their plan, where they start with an entrance, then a long room or hall, then an internal burial chamber, and the rest of the openings are distributed on both sides of the hall. Among the most important tombs in the mountain are the cemetery of "Bathuta", the cemetery of "Meso Isis", and the cemetery of "Si Amun", which is considered the most beautiful in the Western Desert.