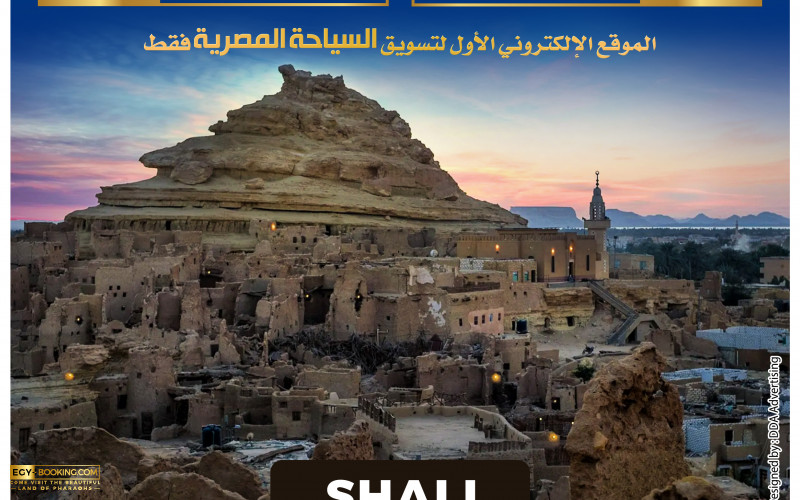 One of the oldest and most beautiful historical monuments of Siwa Oasis, dating back to the Mamluk era, where it was established in the sixth and seventh centuries AH, and was built by forty men from the people of the oasis, and the main objective of its construction was to respond to the attack of Arabs and mobile tribes in the desert, it is the fortified city, known as the "Shali Castle".

It was like a fortress that is closed to its people, and it is located on a high ground that allows the inhabitants to see the invaders from a distance. The castle continued to perform its role until the era of Muhammad Ali, when it was abandoned and the villagers began erecting other buildings in the more spacious areas around Siwa Oasis.

It was distinguished by its unique architectural style, as it was built using "karshef", a mud saturated with salt, which becomes like cement in its hardness when it dries. The city is surrounded by a solid wall with an entrance called “Bab Inshal”, meaning the city gate, and there is another door on the southern side of the wall known as “Atharat Gate”, meaning the new door, in addition to the “Qudoha Gate” designated for women.

We must point out that in 2008 AD, it was included in the Islamic monuments, and in 2021 AD, as a world heritage area by the Islamic World Educational, Scientific and Cultural Organization "ISESCO".