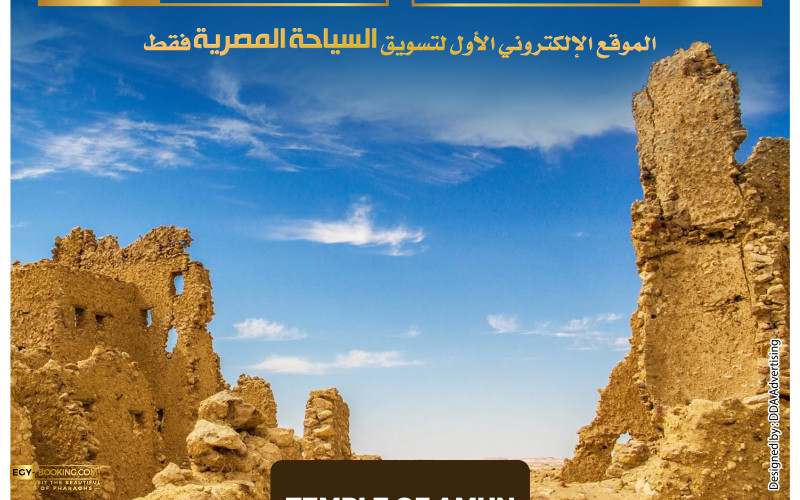 Above the Aghurmi plateau, 30 meters above the ground in Siwa Oasis, is the temple that the Great Alexander visited in 331 BC in order to be crowned the son of the god Amun, and to predict the fate of his military campaigns. It is the "Temple of Predictions", also known as the "Temple of Revelation" and "Temple of Amun".

A temple dating back to the era of the twenty-sixth dynasty, since the inscriptions in the Chamber of the Holy of Holies indicate that King Ahmose II, one of the kings of that dynasty, was the one who established the temple. It derives its importance from being the landing place for the revelation of the god Amun, which made it an important destination for people in the ancient world to consult the deity, through its priests, in mysterious and fateful matters.

The temple consists of three parts: the main temple, the governor's palace, and the guards' suite. The Chamber of the Holy of Holies is one of the three parts of the temple, and it is the only room standing and coherent, and it was the seat of the priests of Amun, who receive predictions inside. The room witnesses that astronomical phenomenon called the "vernal equinox", where twice a year the disk of the sun perpendicular to the room.

Many stories have been associated with the temple, the most famous of them is related to the lost army of Cambyses, that army sent by the Persian king Cambyses in 525 BC to demolish the temple in order to prove to the Egyptians and Greeks the corruption of their faith towards revelation and prophecy, but the strange thing is, that the army was completely lost while heading towards an oasis Siwa! According to historical records, the army disappeared under the sand due to violent winds.