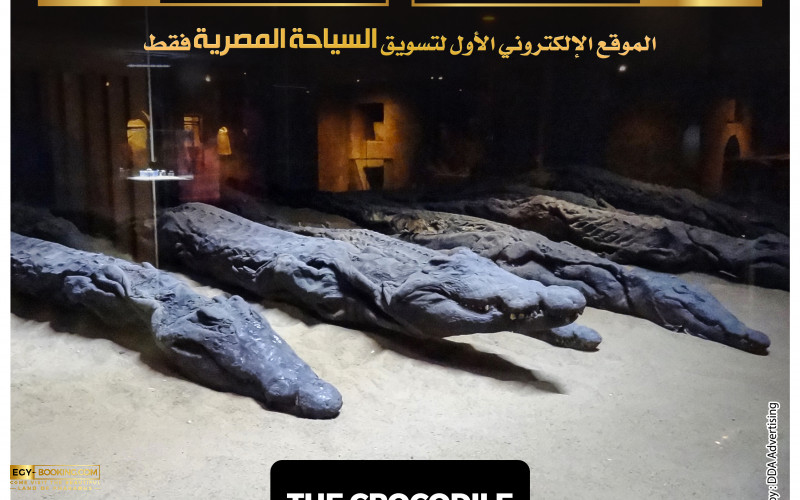 For some it may be strange, or it may be scary, but for others it can be very interesting! By this we mean, visiting the Crocodile Museum, located in front of the Kom Ombo Temple, which was dedicated to the cult of the god Sobek, who was shaped like a crocodile. The museum is the world's largest museum dedicated to just one animal! And the third national museum in Egypt after the "Amenhotep" Museum in Saqqara, and the "Merneptah" Museum in the Qurna area of Luxor. It was opened to the public in January 2012.

You must have a question about what this museum contains. It includes a large number of crocodile mummies of different ages and lengths, a model of a crocodile cemetery, and coffins that were used to carry the mummies of this sacred animal. The museum also contains a number of manifestations of the worship of Sobek and the mummification of crocodiles and other rituals, as well as paintings depicting offerings to Sobek.

And for the museum display scenario, it shows how crocodiles are mummified through five mummies, in addition to the display of the palanquin, which is a wooden table on which mummified crocodiles are placed and offerings are made to them, It is located inside the cemetery as a wooden shrine.

It is mentioned that in the design and presentation of the crocodiles, they were taken into account to appear to be leaning on the sand as if they were heading to approach the Nile shore on the moonlight, using artificial lighting units to create this mythical atmosphere.