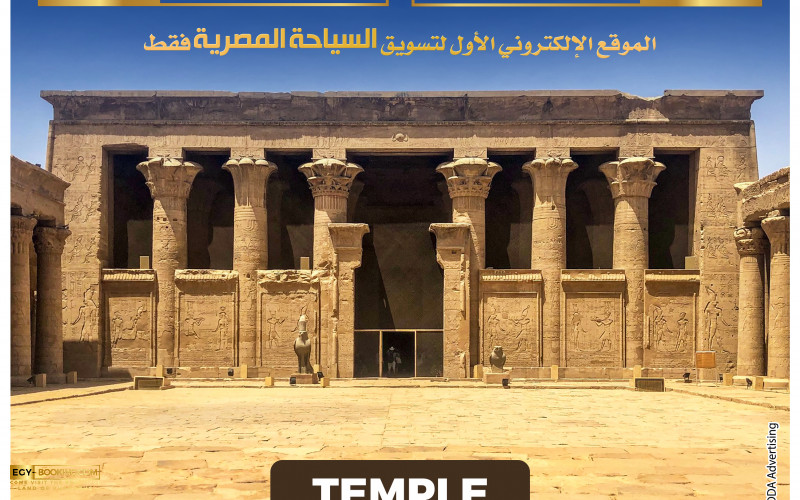 It is the only remaining temple of the four temples that were located in Esna. Its construction lasted for 400 years. It was discovered at the end of the era of Muhammad Ali Pasha, specifically in 1843 AD. It was visited by the famous French scientist "Champollion" in 1828 AD. It is the temple of Esna, also known as the temple of Khnum.

It resides in the heart of the city of Esna, which is about 55 km south of Luxor Governorate. It dates back to the Middle Kingdom - the Twelfth Dynasty. It was built on the ruins of the temple of King "Thutmose III" by "Ptolemy Philomotor", and was demolished, and then rebuilt again in the Sawy era of the twenty-sixth dynasty. It was dedicated to the cult of the Trinity "Khnum, Neith, and Menhit".

For its composition, it contains one of the most beautiful pillared halls in Egypt in terms of similar proportions, the way the capitals of their columns were carved, and their preservation in a good condition. It is a rectangular hall with a facade in an architectural style known as "connecting columns" or "half walls". Its roof bears 24 cylindrical columns, each column reaching more than five meters in height. The floor of the temple is approximately 9 meters below the level of the modern ground of the city of Esna, and it is descended by a staircase.

And for its internal and external walls, it is divided into four registers, with each register, there is an integrated view of its own. An example of these scenes is a view of the Ptolemaic kings and the Roman emperors in pharaonic forms, presenting gifts, offerings, and sacred flowers to the goddess of the temple.

In short, it is a temple that is one of the most beautiful and greatest temples in Luxor Governorate, which you should not miss when you visit it.