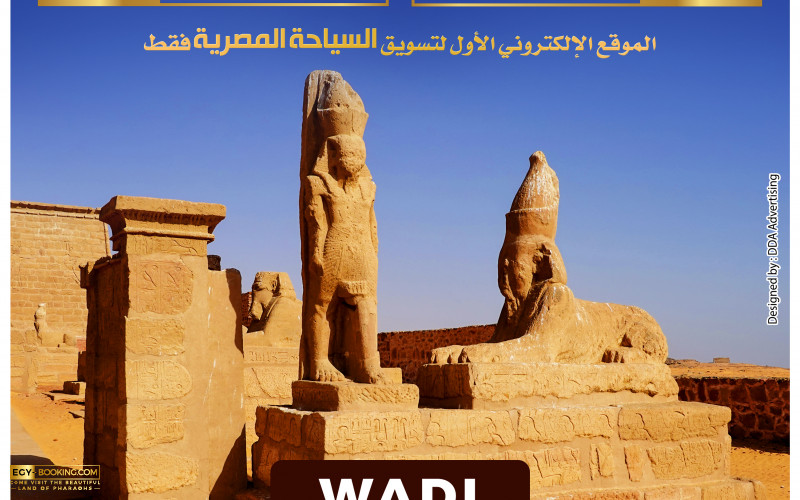 It is considered one of the most important ancient Nuba temples, which was saved by UNESCO after the construction of the High Dam, where the temple was reconstructed 4 km from its original site with the temples of Dekka and Muharraqa in the area known as "Wadi Sebou". It is the first one built by the pharaoh Amenhotep III, and restored by Ramses II. It is believed that it was dedicated to the worship of a Nubian version of the god Horus, before being replaced by the god Amun.

It is the "Wadi El Seboua Temple", located 150 km south of Aswan on the west bank of the Nile. It is a temple with a distinctive architectural design, where we find that the front part of it and its front facade were built of stone, while the interior part of it was pitted in the rock! In the first part of the temple, we find a rock worship room, three meters long and two meters wide, and facing it, a courtyard with a brick edifice, as well as a half-painted hall. The temple ends with the Holy of Holies.

It is reported that in the fifth century AD, the temple was turned into a church, with some drawings of the Egyptian deities covered from the walls with layers of conch, which helped preserve the original drawings, especially in the Holy of Holies.