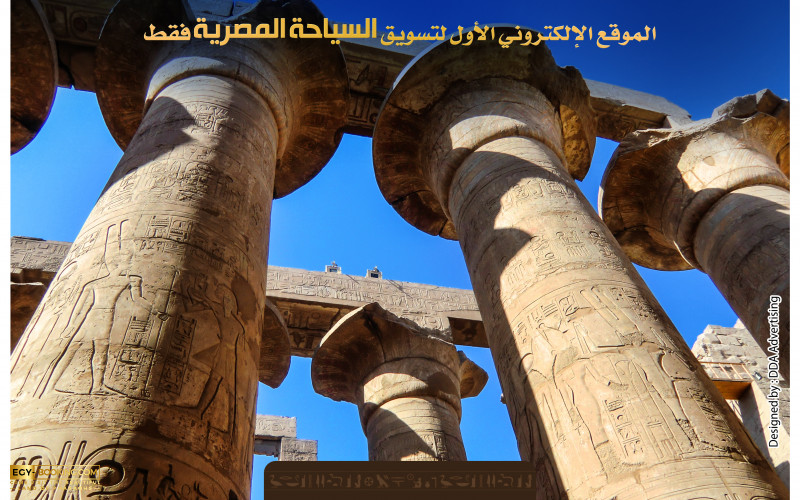 It was started by King Amenhotep III, and it was eaten by King Seti I. Its length is 52 m, its width is 103 m, and it has 134 sandstone columns, forming 16 rows. By our words, we mean the "Great Hypostyle Hall" in Karnak Temple, also known as the "Great Pillar of the Pillars".

It is the largest hall in the world, and one of the most luxurious pillared buildings throughout history. Its construction began by King Amenhotep III, who built the two main aisles, which include 12 columns, and after him Seti I completed the construction of the rest of the columns, which numbered 122 columns in 14 rows.

And if your eyes fall on the inscriptions of this hall, you will find inside the second edifice, on its western wall, inscriptions of King Ramses II in the presence of the Theban Trinity. On the various walls in this hall, we find war inscriptions that tell the stories of the victories of King Seti I and his son Ramses II, as well as detailed views of religious processions during their reign. You will undoubtedly notice the north wall of Seti I, which has scenes of him personally performing various religious rites. This is certainly in addition to the names of other kings inscribed on the columns and walls of this hall, with some additions, such as: Ramses III, Ramses IV, Ramses VI, and Hurra Hor.