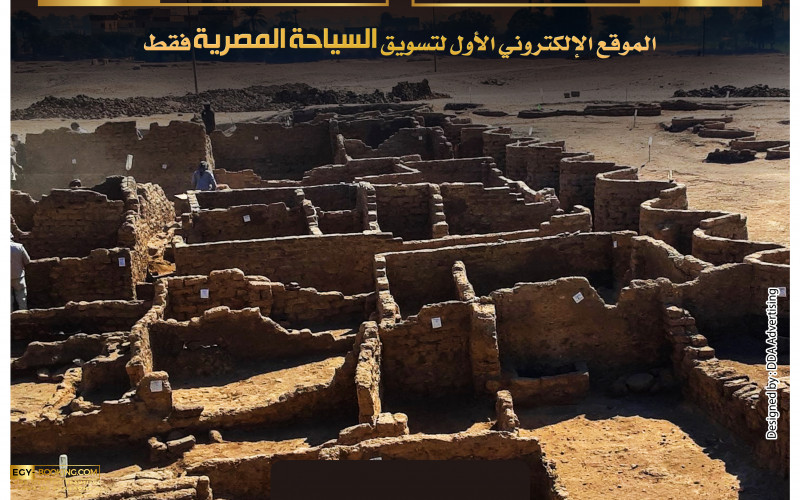 Discovering it was not taken into account! The original goal of the Egyptian mission headed by "Zahi Hawass" was to find a mortuary temple of King Tutankhamun in an area located between the Temple of Ramses III in Medinet Habu and the Temple of Amenhotep III in Memnon in Luxor Governorate, but by pure chance during the excavations of the temple in September 2020, mud brick formations began to appear from all directions, which make up the golden city known as the "Rise of the Aten".

The city is considered the second important archaeological discovery after the discovery of the tomb of Tutankhamun. It is about 3000 years old, and was founded by one of Egypt's greatest rulers, King "Amenhotep III", who ruled Egypt from 1391 to 1353 BC. It is a large city, divided into well-preserved streets, with almost finished walls, and rooms filled with the utensils of everyday life. It is considered the largest administrative and industrial settlement in the era of the Egyptian Empire on the western bank of Luxor. According to historical references, the city consisted of three royal palaces of King Amenhotep III, and the industrial and administrative center of the empire.

And for the mission’s discoveries, the most important of them are: many tools used in industrial activity such as spinning and weaving, a large number of casting molds for the production of amulets and decorative elements for the decoration of temples and tombs, as well as a group of tombs carved in rocks of different sizes.

In the end, we must not forget to point out that, according to Archeology magazine, the discovery of the lost golden city of Luxor came to the fore among the ten most important archaeological discoveries in 2021 AD.