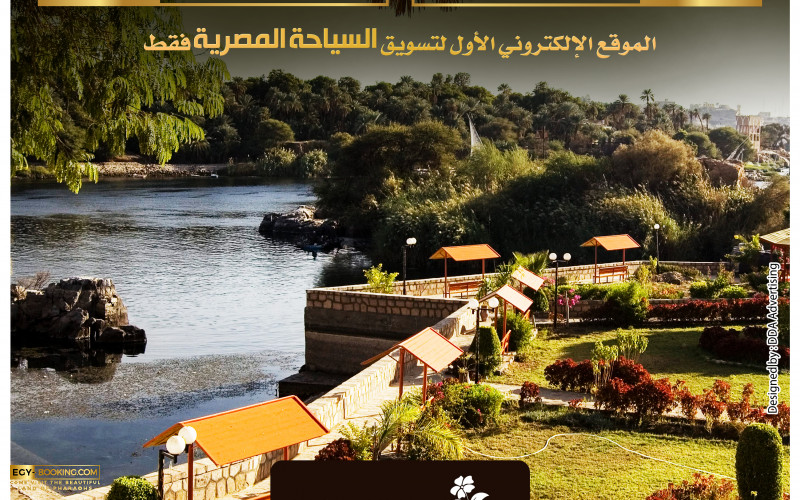 Your visit to it will be the best thing you do while you are in Aswan Governorate, as nature has always had a special magic that leaves in our souls what brings peace and tranquility.

It is like a green museum in the heart of the Nile. It is located on an independent island in the middle of the Aswan Nile. It was formed from the deposition of silt on the rocks in the course of the Nile. It is an island / botanical garden. One of the most important tourist attractions in Aswan, and one of the oldest gardens in the world, with an area of 17 acres.

In the past, it was settled by the Nubians and called it "Al-Natrun Park", and in the late 19th century, it was used by the English as a military base. It was called "Sardar Island", then "King Island" during the reign of King Fuad I, and eventually, it became known as "The Island of Plants".

It was divided into seven sectors of plant life, rare and perennial, namely: a group of woody trees such as sandalwood, tropical fruit trees such as papaya, medicinal and aromatic plants, and there are spice plants, oil plants, and ornamental plants, as well as a group of palms such as dom palms and date palms. To separate these sectors, paths covered with red Aswan granite were created. The plants on the island were collected from three main sources: plants originally found on the back of the island, plants brought from other gardens, as well as those brought from abroad through the expeditions of the Ministry of Agriculture.

In addition, the island contains a museum of plant and aquatic biology, which made it a destination for all those interested in studying geology and ancient biology, especially as it includes a specialized research center in this regard.