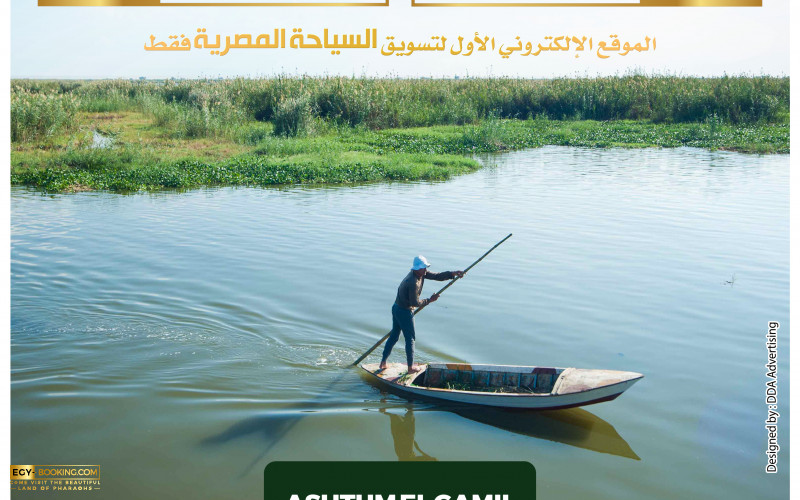 There are still many places and attractions that we need to highlight and pay some attention to. One of these places is the Ashtum El-Gamil Nature Reserve, located on the coastal road between Port Said and Damietta, 7 km west of Port Said.

1998 AD, the year it was declared as a nature reserve. It covers an area of 35 square km. It is known for its biological diversity, where we find the producing organisms represented in the "plant", and there are the consuming organisms, such as: birds, fish, and insects, in addition to the reptile organisms, which are represented in both "fungi and bacteria". It is famous for containing the ancient island of "Tennis", which dates back to the Ayyubid era, and both the "protectorate and the island", are part of Lake Manzala.

"Ashtum El Gamil" reserve is a major stop for migratory birds during the fall and spring seasons, such as the green and blue ducks, and the shamrocks. Due to the fishing activity from Lake Manzala, which is practiced by fishermen and hobbyists throughout the year, the reserve is thus of economic importance. It also has benefits in several fields, for example, in the field of medicine, some wild plants in the reserve are used in the production of drugs, such as camel’s knees. In industry, we find most of the local people use some types of plants such as wicker in building their houses and nests, as well as in the ecological field, where a lot of wild aquatic plants are used in the treatment of sewage, industrial and agricultural in what is called “biological treatment”.