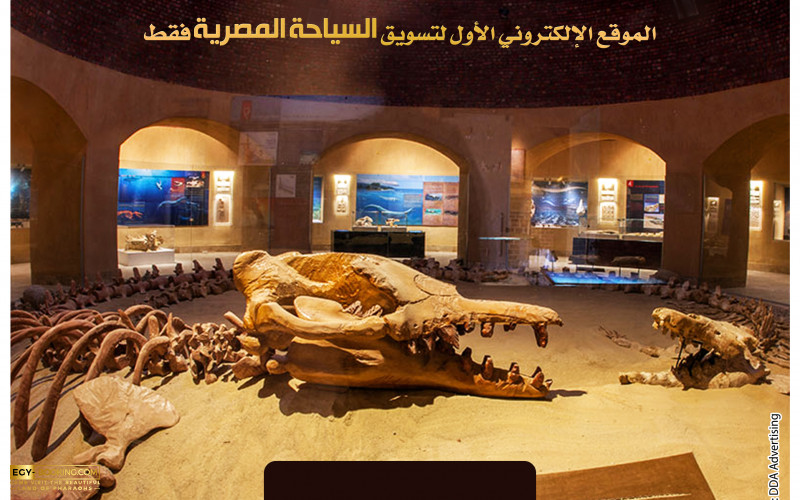 If you intend to visit Fayoum Governorate soon, be sure to visit the Museum of Fossils and Climate Change, which was opened in 2016 near Wadi El-Hitan. It is the first non-archaeological museum to win the museum display shield from the Egyptian National Committee of the International Council of Museums for the best museum show in Egypt.

It is characterized by its architectural design in line with the nature of the Whale Valley, as it was designed and supervised by the architect, Gabriel Michael (Gabi Touma), who was interested in making the museum part of the desert so that it looks like the top of a sand dune.

By visiting it, you will be able to know about the history of the valley, and the stages of the Earth's change. Through the viewing windows, you will see how life forms have changed over millions of years according to the climate change on the planet from its inception to the modern era. You will also be surprised while watching the structures of whales and fossils, as it contains the largest complete skeleton connected to the basilosaur whale, and we find that the hind limbs (legs) of the basilosaur whale, which are important to give conclusive evidence of the evolution of whales and their transition from terrestrial organisms living on land to marine creatures that live In the waters of the seas and oceans, represents the icon of Whale Valley and a reason for declaring the site as a World Natural Heritage, as it contains the link between primitive and present whales.