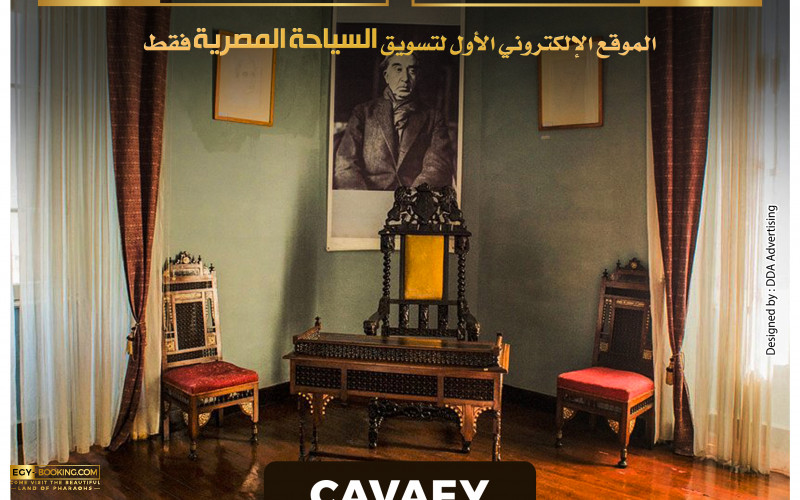 In the Bride of the Mediterranean, Alexandria Governorate, specifically in Raml Station, the Cavafy Museum is located. For those who do not know Constantine Cavafy, he is a Greek poet of Greek origin. He is considered one of the most famous poets of the modern era, and was nicknamed "The Spirit of Alexandria" and "Sheikh of Alexandria". In 1926, the medal of the Golden Palm was awarded to him by the Government of Bengal. His collection consists of about 154 poems, in addition to about twenty other poems, which were not attributed to him, and then were republished after his death by a number of critics and researchers.

For his museum, it was the home in which he lived for the last 25 years of his life, and after his death, he turned the house into a pension for 33 years until the Greek cultural advisor Kostis Moskov, who succeeded in recovering Cavafy's house, and then it was converted into A museum belonging to the Greek Embassy in Egypt, and it was opened in October 1992.

Among the holdings of Cavafy’s that the museum contains: a marble bust of him, a collection of his books and the first edition of his poetry, some writings in his handwriting, a group of international books written about him in about 70 different languages of the world, and many certificates of appreciation that he obtained in his lifetime, as well as a large collection of videotapes of films made about him and his works.