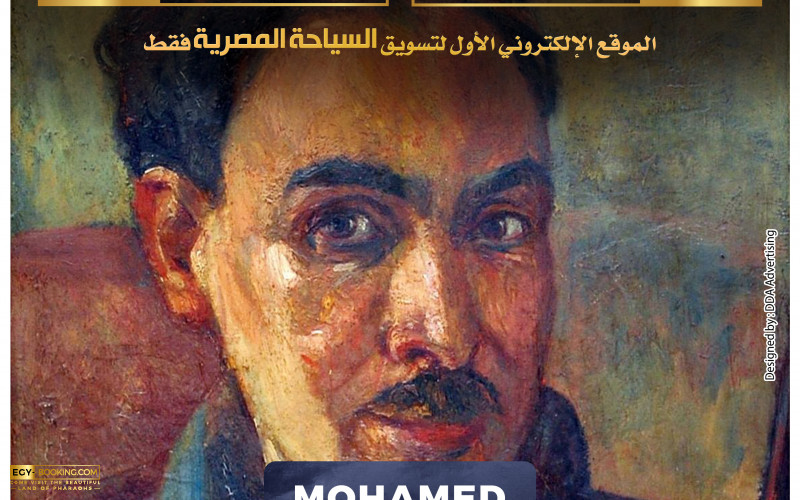 An artistic beauty that you will taste inside, and you will entertain your imagination in front of the beauty of his paintings, as it contains among its pillars about 1200 paintings, which were credited with enriching the Egyptian plastic art and the international plastic movement.

It is the "Mohamed Nagy" Museum, located in Giza Governorate. If we look into its history, we will find that it was established in 1952 AD, to be primarily a studio for the Egyptian plastic artist, “Mohamed Nagy”. After four years spent by Muhammad Naji in his studio, he left our world in April 1956 AD, and the studio later became under the ownership of the Ministry of Culture, and then opened in 1968 AD after turning it into a museum bearing his name.

And for his artworks, they are a historical and human document. He embodied in his paintings the simple people, the clergy, the leaders and nature. He also depicted the habits of the Egyptians in picking the fruits of dates and collecting them in a painting entitled "The Date Reaping Painting". He also embodied with his brush the Egyptian pharaonic and modern history in the two paintings "The Scars" and "The Procession". In addition to the paintings in the museum, there is a library and a storehouse that includes some works and collectibles.

It is noteworthy that the late artist "Mohamed Nagy" is considered one of the most important pioneers of Egyptian plastic art, and was appointed as the first Egyptian director of the School of Fine Arts in Cairo, and director of the Museum of Modern Art. Among his most important works are a large mural in Al-Mowasat Hospital in Alexandria, and a painting about the Renaissance of Egypt inside the Egyptian Parliament building.