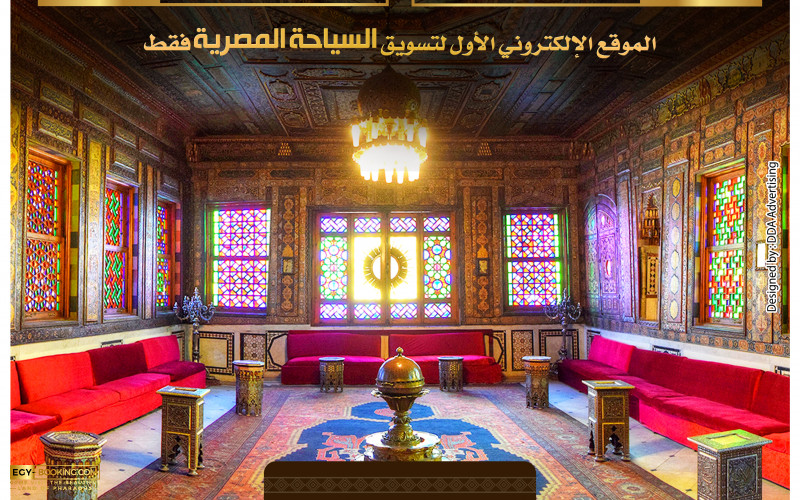 There is always a special charm associated with archaeological and historical places, and our beloved Egypt is full of such places, which tourists and locals from all over the world are keen to visit.

Today we will talk about one of the palaces in the Citadel of Salah al-Din al-Ayyubi, specifically next to the Muhammad Ali Mosque. The palace was established in 1814 AD, and in the beginning, it was the residence of the wife of Muhammad Ali Pasha, "Jawhara Hanim", and then it was turned into an archaeological museum. And for its architectural design, it consists of several main blocks consisting of two floors, and it begins with the main entrance, which is distinguished by a canopy mounted on marble columns, with the inscription “O opener of doors, open for us the best door.”

A special beauty besides this palace, where gilded carvings and decorations based on floral patterns, vases and curtains were used in the decoration of its walls and ceilings, executed in a style known as the Baroque and Rococo style, which is characterized by repeated decorative units and landscapes. It contains among its corners many large halls, the most important of them are: the reception, the clocks, the alabaster, and the display of firmans. Among his most important possessions are the gifts that were given to the family of Muhammad Ali until the reign of King Farouk, including: a chandelier by the French King "Louis Philippe", weighing one and a half tons, and a unique model of the Dome of the Rock that the former King of Jordan, Prince Abdullah, gave to King Farouk on the occasion of his marriage From Queen Farida in January 1938.