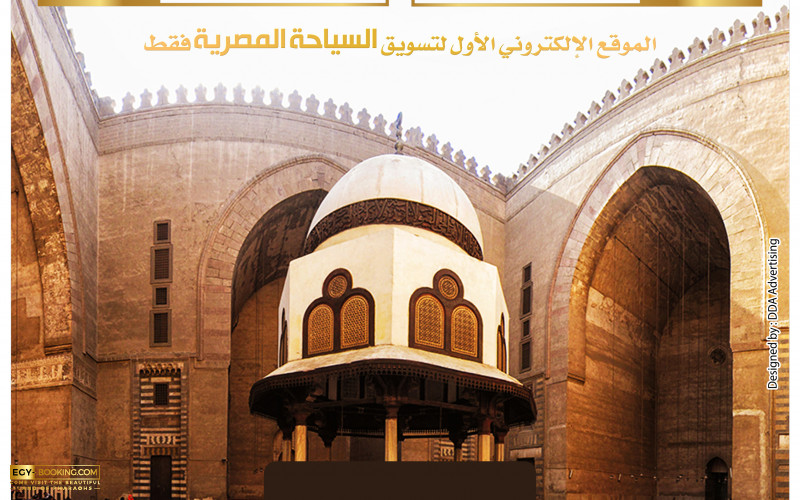 “This mosque may be the only one among Cairo’s mosques that combines the strength of the building and the greatness and beauty of the ornament, and there is no doubt that this world-famous building and of great value is a symbol of the glory, strength and greatness of Islam, decided and recognized.” Those were the phrases of the French orientalist “Jaston Viet” about one One of the greatest architectural structures in the Islamic world, represented in the "Sultan Hassan Mosque and School", located on Muhammad Ali Street in front of the Al-Rifai Mosque in the Citadel Square, with an area of about 7,906 square meters.

It was known as the Islamic architecture pearl in the east, and it is one of the most harmonious ancient Islamic mosques, and it represents the maturation stage of Mamluk architecture. Sultan Al-Nasir Hassan bin Al-Nasir Muhammad bin Qalawun began its construction in 1356 AD during the era of the Maritime Mamluk rule of Egypt, to be completed in 1363 AD.

The building is divided into a mosque and a school, which are devoted to the study of the four Sunni schools, the sciences of interpretation of the Qur’an, the Prophet’s hadith, and others. In the middle of it is an open courtyard approximately square, surrounded by four perpendicular iwans facing each other. Each iwan was called by a name of a school. What distinguishes this mosque, its interior and exterior domes with exquisite decoration, and its marble floor, which is a distinctive sign of Mamluk art.