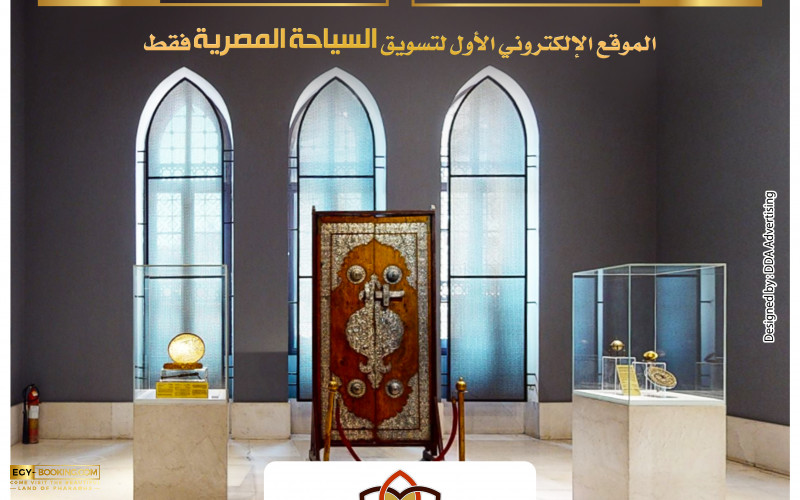 It contains among its pillars the oldest Qur’an dating back to the Umayyad period in the first and beginning of the second Hijri century, the key to the Kaaba from the Mamluk era, a piece of tapestry bearing the oldest kufic writing, and the book “Feeding the Herbs” by Al Ghafiqi. It is the largest museum specialized in Islamic art in the world, the Museum of Islamic Art located in the Bab Al-Khalq area in the heart of Historic Cairo.

A museum that was opened during the reign of Khedive "Abbas Helmy II" in 1903 AD. The aim of its establishment was to collect Islamic antiquities and documents from many parts of the world, such as: Egypt, North Africa, the Levant, India, China, Iran, the Arabian Peninsula, and Andalusia. It is considered a beacon of Islamic arts and civilization, to which the public, researchers, historians and kings flock to see its art collections, which are distinguished by their quantitative and qualitative richness. He is familiar with the history of Islamic civilization in the various fields of science, and includes more than one hundred thousand masterpieces representing all branches of Islamic art in different eras.

The museum consists of two floors: the first contains museum exhibition halls, and the second contains stores, and a section for the restoration of antiquities. This is in addition to a library that includes 13,000 books, a collection of rare manuscripts in ancient oriental languages, and another collection in modern European languages, English, French, German and Italian. It is also divided according to the technical elements into ten sections, including: metal, wood, carpet, and marble. According to the eras, there are the Umayyads, the Abbasids, the Ayyubids, the Mamluks and the Ottomans.