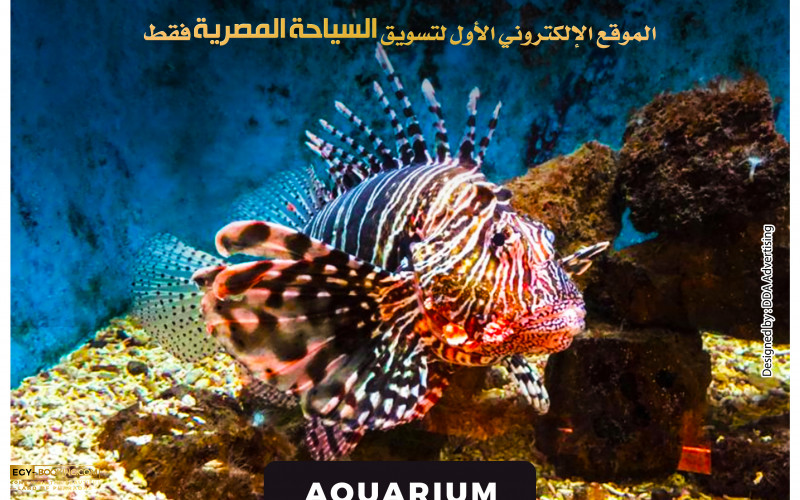 An interesting experience that you will live inside the Aquarium, located near the Qaitbay Citadel in Al Anfoushi District, Alexandria Governorate. This museum was founded by a team of marine scientists at the Faculty of Science, Cairo University in 1930 AD.

In more detail, the museum includes a variety of fish and rare marine creatures found in the Mediterranean, as well as fish that live in fresh waters such as the waters of the Nile River and the Amazon River. It consists of two parts, the first contains large groups of fish of various types in closed ponds, and the second is open and contains mummified structures and fossils of aquatic organisms. There is no doubt that you will be fascinated by the various types of fish that the museum contains. There is the piranha, known for its sharp teeth, and the clownfish, which has been famous for years due to the cartoon movie Nemo, and there is also the remora or dolphin louse which sticks to the body of the shark or dolphin in order to feed on parasites stuck to their bodies, teeth, and others.

Among the most important contents of the museum are the skeleton of a large whale, a model of a mermaid, and the marine gear, which is a species of reptiles, the mountainous division, and its presence is widespread in the seas and oceans. We add to this the library, which contains a collection of rare books on aquatic organisms and their characteristics, as well as aquariums dedicated to researchers' studies on marine organisms.