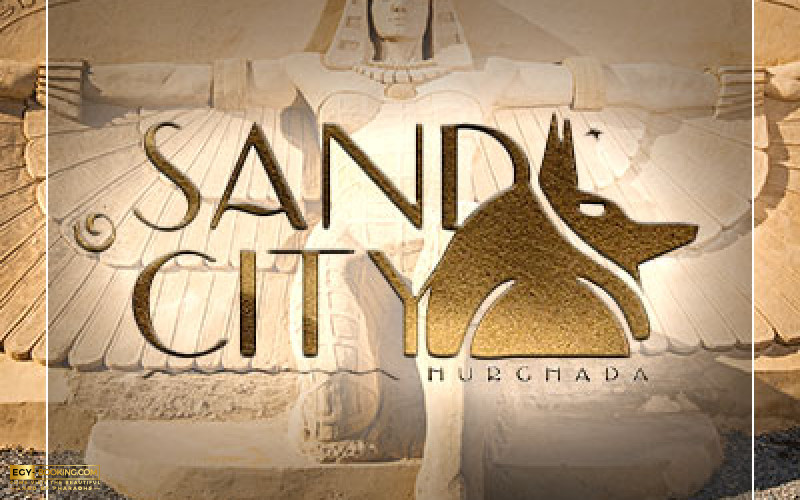 So, dear reader, imagine standing in front of a number of statues carved on two types of sand, white and yellow, embodying most of the world's civilizations. Astonishing, isn't it?

It is the Sand Museum, located south of Hurghada in the Red Sea Governorate. It is the first of its kind in North Africa and the Middle East. It may be a little strange for statues to be carved on sand, but what happens is the following: The salts are drawn from the sand by water, where sand and water are placed in wooden boxes for a period ranging between one and two weeks, which causes them to dry out and acquire the hardness required by the sculpting process. Before the sculpting process, an adhesive is placed over the sand cubes, to avoid sand grains from falling off easily. Finally, a fixative is placed on the statues, in anticipation of erosion. Also, when it rains, it is covered with plastic bags, specially made for it.

Within about seven months, 42 international sculptors from more than 17 different countries were able to finish sculpting statues of several personalities, including historical, mythical, and cartoonish, using about 12,000 cubic tons of sand and 15,000 cubic tons of water. It opened in 2014. Examples of historical figures include: Napoleon Bonaparte, Queen Isis, and Sultan Mohamed Elfateh. And for the cartoon, there is Tom and Jerry, and SpongeBob. There are also miniature statues of the pyramids, the Sphinx, and statues of Roman gods, and others.

So, if you intend to visit Hurghada soon, you will not regret visiting this wonderful museum!