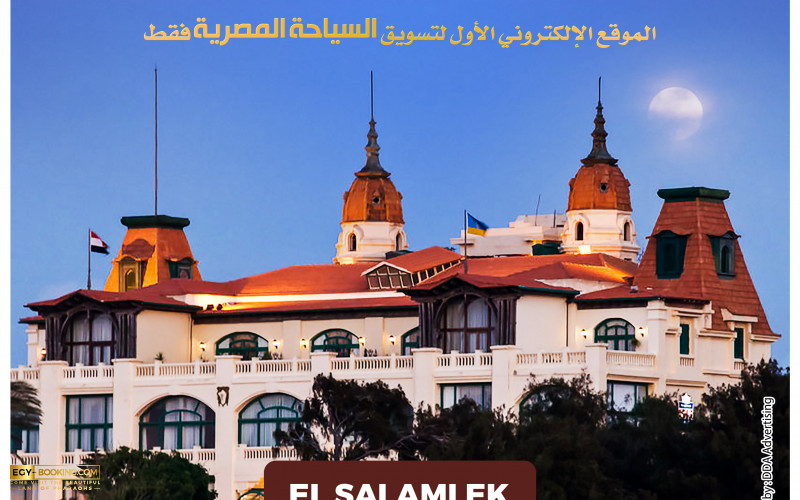 In a charming spot, located on the eastern edge of the city of Alexandria, settled one of the four royal palaces built within the Montazah gardens, which is the "Al-Salmalek" Palace, whose name is derived from the Turkish language, and means the place designated for the reception and meeting of men.

After the Khedive "Abbas Helmy II" admired this spot, he decided to erect the first palace within the park gardens, and actually commissioned the architect of the Greek palaces, "Dmitri Fabricius", to build it on the model of the Austrian palaces, to satisfy the desire of his wife, Countess, "Marie Turk von Zendo", and he finished It in 1892 AD. After the couple separated, the palace turned into the royal summer residence of the Khedive and his new wife, "Iqbal Hanim", and for those who succeeded him after that in ruling Egypt, and until the end of the rule of the family of Muhammad Ali Pasha in Egypt with the outbreak of the July 1952 Revolution.

The palace was distinguished by its revival of the historical styles of Gothic architecture and Renaissance architecture, the use of multiple towers and domes, and its surroundings with spacious gardens, estimated at about 370 acres, and overlooking the coast of Alexandria. The palace contained three floors and a basement, with the ground floor containing the Khedive's office, reception and dining halls, and the rest of the floors containing bedrooms and private living rooms for the residence of the family.

It is reported that during the First World War, the palace was turned into a field hospital for the English soldiers, and during the reign of King Fouad, a team of European engineers was called to form what was known as the “Department of Engineering of Royal Palaces” to restore what was destroyed by the First World War from the palace facilities, in addition to incorporating Many European models, and the construction of the clock tower, which is similar to the most famous clock towers. After King Farouk assumed power, the Egyptian architect, Mustafa Pasha Fahmy, was commissioned to establish the king's office, add an external cinema, as well as construct a bridge linking Tea Island with the royal palaces. After the revolution of July 1952, the palace was opened within the royal palaces and gardens to the people. In 2018, it was registered in the list of Islamic and Coptic monuments.

Nowadays, Al-Sarmelek Palace is one of the most luxurious and most beautiful tourist hotels in the Mediterranean.