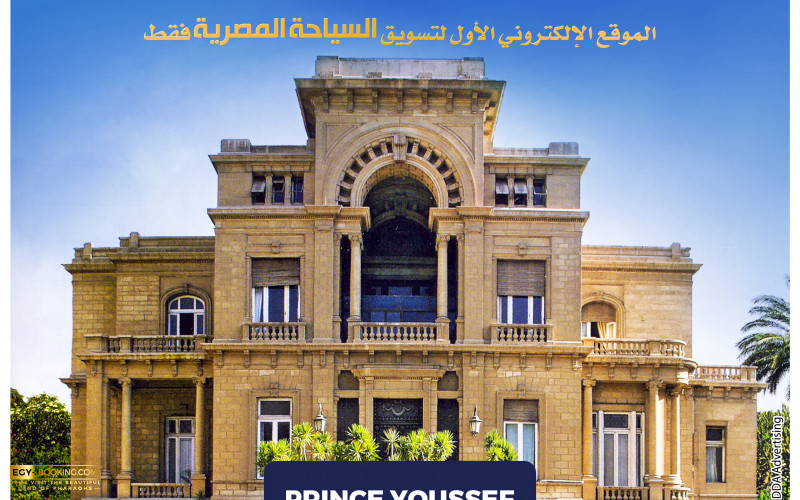 There are those who find fun in visiting and discovering historical places and learn about their stories, and there are those who like to read or write about them, as they have a special charm that makes you fall in love with them for no apparent reason.

In its design, it combined the French Renaissance style and the Italian Renaissance style. Its facade overlooks a garden, which is approximately 14 acres in size. The palace has four facades according to the original directions, and is characterized by being designed with a system of prominent blocks and sunken blocks. The northern facade has an entrance block in the middle, topped by a balcony, and the balcony is topped by a dome, and on the left, there is a reception hall, which was occupied by the prince, and the wall of the facade is topped by a painting of the prince and some of his companions during one of his hunting trips.

On the second floor, we find halls and the living rooms, including a hall with Chinese artistic influences, and on the right, we notice the Arab hall, the hall that makes you live in the atmosphere of the Mamluk era, since its contents were collected from the palaces of some ancient Mamluks, as the Ottoman influences appear in this hall On the faience tiles, and on one of its walls, we find two windows that take the advanced form of the mashrabiya art, where the wooden decoration appears, covered by colored glass, and appears as a disk made of bees. At the top of the hall, there is an arch with a distinctive design that surrounds one of the hall's windows. This hall is followed by a very luxurious dining hall, where the richness of decorations and colors on the glass windows, doors and various walls, in addition to a statue of a man with African features with two horns from the head of an animal.

Due to the prince's fame for his love of hunting, the palace was turned into a museum after the 1952 revolution, as it was full of stuffed animals that he hunted during his trips to Africa.