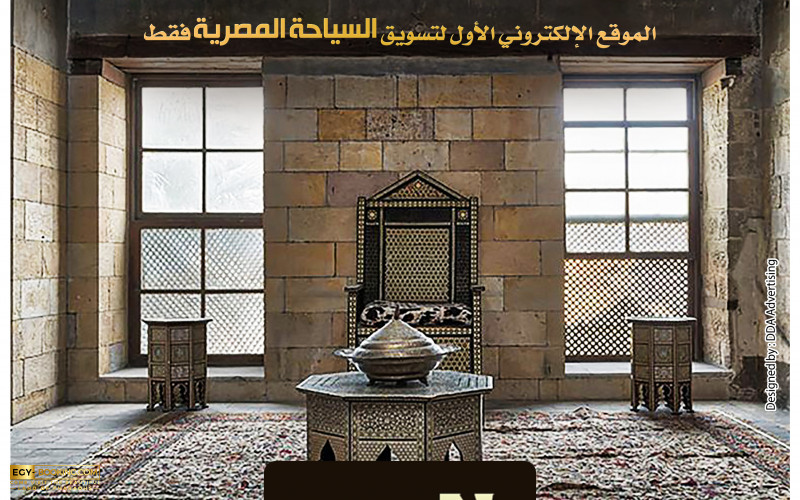 Our talk about the historical palaces is still going on, and today, we will shed light on one of the palaces that witnessed many important historical events, in particular, those that followed the removal of the Mamluks and the accession of sultans, the sons of Al-Nasir Muhammad bin Qalawun, which is the “Palace of Prince Taz”, located in the Khalifa neighborhood, Cairo Governorate.

It was built on the ruins of houses bought by Prince Taz, "one of the prominent princes in the era of the Mamluk Bahri state" from its people, or taken by force, and Prince "Minjak" supervised its construction. It is the first of its kind that the Sultan has descended from his seat of government in order to inaugurate it. It covers an area of about 8,000 square meters, and takes the form of a large courtyard surrounded by four main sides, interspersed with a large garden, the sanctuary pavilion, the main building designated for the reception, the stable, and other affiliated annexes.

It is noteworthy that during the Ottoman era, the palace was turned into a qiblah for the notables of Egypt who were isolated from power from the pashas and senior statesmen, as it was the seat of hosting them after the end of their tenure. After it was abandoned and destroyed in 1715 AD, Prince "Ali Agha" deducted part of the palace, to build a water fountain for the watering of the neighborhood, surmounted by a place for memorizing the Qur'an. During the reign of Muhammed Ali Pasha the Great, it was used as a military school or weapon store, due to its proximity to the citadel, "the seat of government". During the Khedive era, the government transformed it into a school for girls at the behest of Ali Pasha Mubarak. Not long after, the Ministry of Education vacated the palace, and it was turned into a warehouse for textbooks and carts that had been dismantled. It continued as a storeroom until the start of the Historic Cairo development project in 2002, when the restoration of the palace began, and continued until October 2005.

At the present time, the palace is considered an arena for cultural activities, affiliated with the Ibdaa Center, which is affiliated with the Cultural Development Fund at the Opera House. A school was also built inside, in order to teach the art of religious chanting. In addition to this, the palace houses a permanent exhibition entitled "Mamluk Masterpieces", which consists of five rooms. The first introduces us to the Mamluks, the second provides a brief overview of the Mamluk art, era, politics and trade, and the third tells the life of Prince Taz and his palace, and the fourth and fifth contain The output of the excavations of the palace during its restoration.