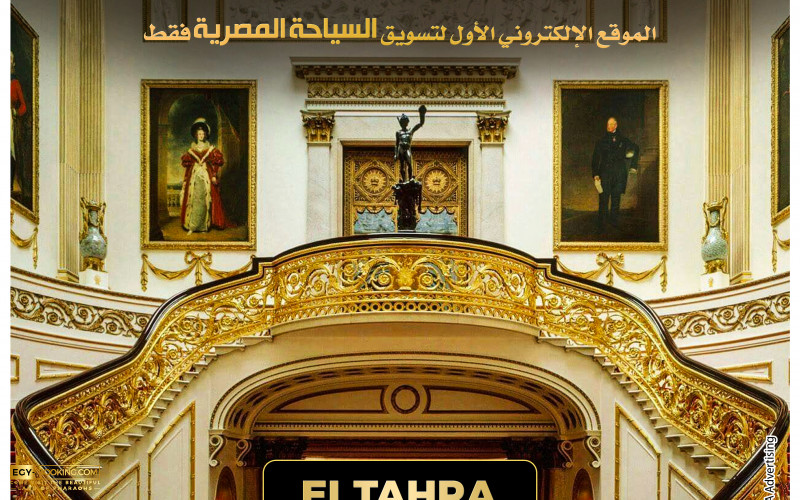 The movie "El Aydy El Naaemah" was filmed in it. It hosted King Saud bin Abdulaziz, the widow of the Shah of Iran in 1980, and former French Prime Minister Lionel Jospin resided in it. It is Tahra palace, which is also known with “Grand Saraya" and located in El-Kobba Street in Heliopolis.

It was built in the early twentieth century, and was just a villa owned by Princess "Amina Hanim", daughter of Khedive Ismail, then it was converted into an Italian-style palace, and the Italian architect "Antonio Lachiac" supervised the modification. Then its ownership passed to her son, "Muhammad Taher Pasha", hence the name of the palace. After that, King Farouk purchased it, and annexed the villa next to him, after he purchased it, as well as neighboring lands, so that its area reached about 8 acres.

The palace contains a rare collection of wonderful antiques, such as the billiard table made of ebony inlaid with gold, and the throne of Muhammad Ali, which is also inlaid with gold. In the hall, we find a number of various bronze statues of Napoleon of different sizes. To the right of the main hall, there is the Arab salon in the Islamic style, whose ceiling is decorated with wooden decorations with Quranic verses, very precise and beautiful. And in the palace garden, a fountain topped with statues of the ancient Greek goddess of the sea.

It is reported that in 2015, Al-Tahra Palace was considered a historical monument, and it was registered among the Islamic and Coptic monuments.