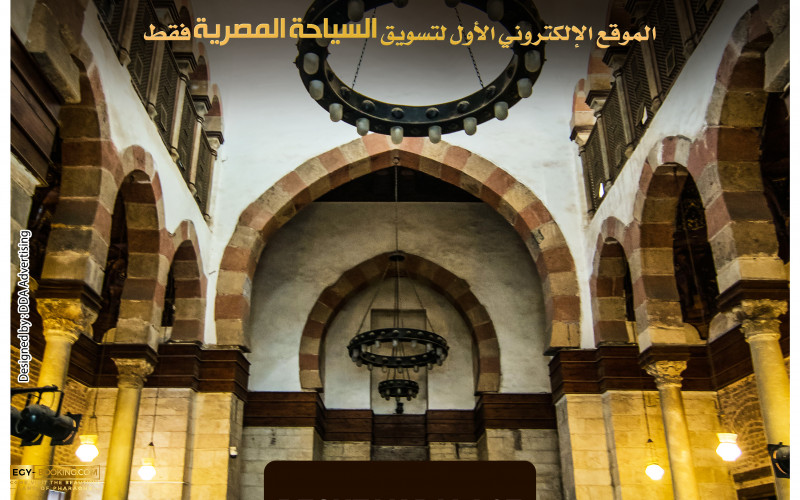 Historic palaces have a special charm, which may be emanating either from the beauty of their design, or from the historical events and stories associated with them, or perhaps both!

Perhaps one of these palaces, the "Prince Bashtak" palace, is located in the heart of Fatimid Cairo, specifically on Bain Al-Kasserine Street. And if we look at the date of its establishment, it dates back to 1339 AD, and Prince “Saif al-Din Bashtak al-Nasiri” was the owner and supervisor of this palace, but later, it became the property of Prince Baktamr al-Saqi’s wife, then Sultan Hassan, then Sultan Faraj bin Barquq.

On an exploratory tour inside the palace, we find that it consists of two floors, the ground floor, and contains a hall, stables for horses, grain stores and servants’ rooms, and there is the upper floor, which includes the celebration hall, and the bedrooms. There is an ascending staircase, connected by the main hall, which preceded by an open roof, and it consists of four iwans "a square open space for sitting". The palace has three facades, the first is the main facade, located on the northwestern side, overlooking the Al-Muizz Lidin Allah Fatimid Street, and the second is located in the northeastern side, overlooking the “Tammuz” path, and it has a number of windows covered with metal wings, as well as a gate leading to the palace. And for the third, it overlooks the neighborhood of Beit al-Qadi, and is located in the southwest side.

It is worth noting that in 2009, the palace was designated to be the headquarters of the House of Arab Singing as one of the centers of artistic creativity affiliated with the Cultural Development Fund, in order to train on Arabic singing, and discover new voices and highly skilled musicians.