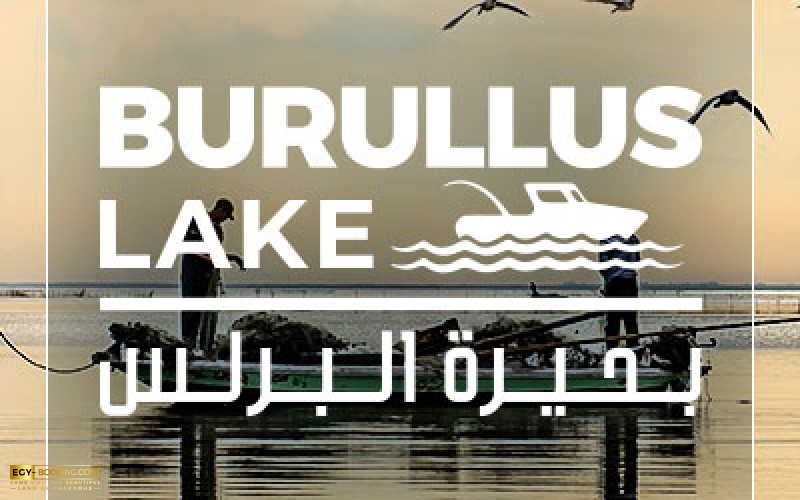 Our country Egypt is replete with archaeological sites and tourist attractions that reflect its grandeur and beauty, and Lake Burullus, which was declared a nature reserve in 1998 AD, and located in Kafr El-Sheikh Governorate, is one of these landmarks.

A lake, located in the northern part of the Nile Delta between the Rosetta and Damietta branches, and it connects to the Nile through the Bermbal Canal, and to the Mediterranean Sea through the Boghaz Borollos. It covers an area of about 110,000 acres, making it the second largest natural lake in Egypt in terms of area. Its width ranges from 6 to 17 km.

The lake was known for its ecological diversity as we can find that it represents one of the main routes for the migration of birds in the world, especially eastern Europe and northwestern Asia to central and southern Africa. Also it includes different types of fish, amphibians, reptiles and mammals. For plant life, the lake contains 30 islands covered with large amounts of plants. There are annuals and perennials, there are roses of the Nile, and water reeds, as well as white rats, papyrus mustard, and sedge. This is in addition to the presence of local swamps and reeds, sandy plains, and high sand dunes.

As this lake is a source of livelihood for the people of the northern regions, as it provides many job opportunities in areas such as fishing, agriculture, grazing, and salt extraction, it thus represents a social importance for the residents of this region. It also represents educational and research importance, as it is a permanent destination for many scientific and research bodies in the fields of bird and water monitoring, and a shrine for students of various schools and universities at the level of the Republic, as well as organizing many seminars and meetings with local residents and NGOs working in the field of fishing.

It is reported that recently, the lake was cleared and developed. This was evident in the release of millions of small fish fry, the construction of the first corniche of Lake Burullus, the promenade of the people of Egypt, with a length of 15 km, and the establishment of a police department for water bodies on the shore of the lake, in order to combat the “seed mafia,” adding to this the deepening of Burullus gases, to allow The salty waters of the Mediterranean are allowed to enter the lake in large quantities, in an attempt to develop its fish wealth, prevent pollution, and permanently renew the quality of its water.