Articles Sightseeing The leadership of pharaohs 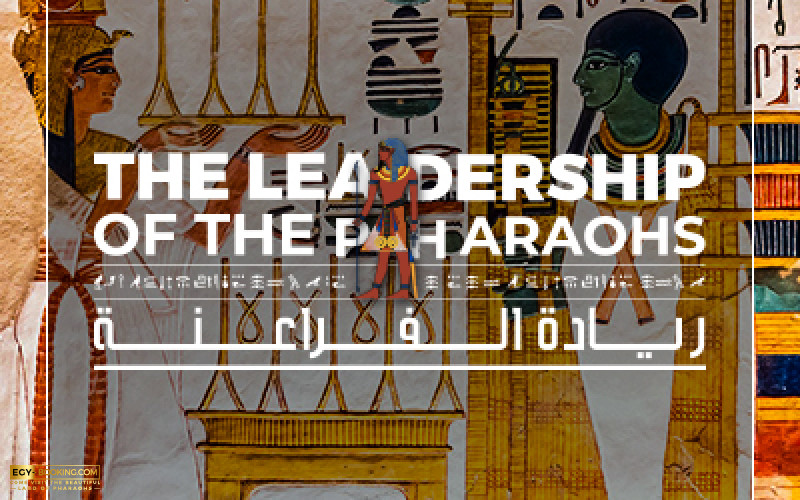 It was known about the ancient Egyptians that they were always striving to make their lives easier and better, which made them come up with many discoveries and innovations, some of which are still used until this day!

So we can find that to confront tax evasion, and to put an end to the damage caused by the Nile flood to agriculture, which was the main resource for the economy of the Pharaonic civilization, the Pharaohs needed an innovation that would help them organize dates, months and days, so they invented the first calendar known to mankind, which contained 370 days per day, which was then modified to make 365 days, adding the remaining days to certain years, which are now known as a "leap year".

They are also the first to have a complete legal system and structure, as King Mina is considered the founder of the first central government in human history, the government that played a major role in regulating legal and economic life during the reign of King Mina, which made his period of rule a period of great growth in the economy, trade and people's wealth growing.

We are really surprised to learn that they knew about prosthetics, having invented the first artificial limb in 950 BC. Archaeologists discovered a large artificial finger made of wood and leather in one of the pharaonic tombs.
And this surprise increases by knowing that they were the first to invent toothpaste, in order to preserve their teeth. At that time, various types of toothpastes appeared, some were made of rock salt, and others were made from burnt eggshell, as well as fire ash.

To find out the time, they created the obelisk, which determined the time and organized it when the sky was only clear, which prompted them to invent the water clock, which relies on slowly distilling water throughout the day and they made small chains of it that mimic the personal clocks known at the present time. .

The ancient Egyptians needed to devise an easier way than engraving on the walls to convey information, news and religious teachings, so they came up with wicker pens, and by time they used feathers, whose use remained widespread among humans until the nineteenth century.