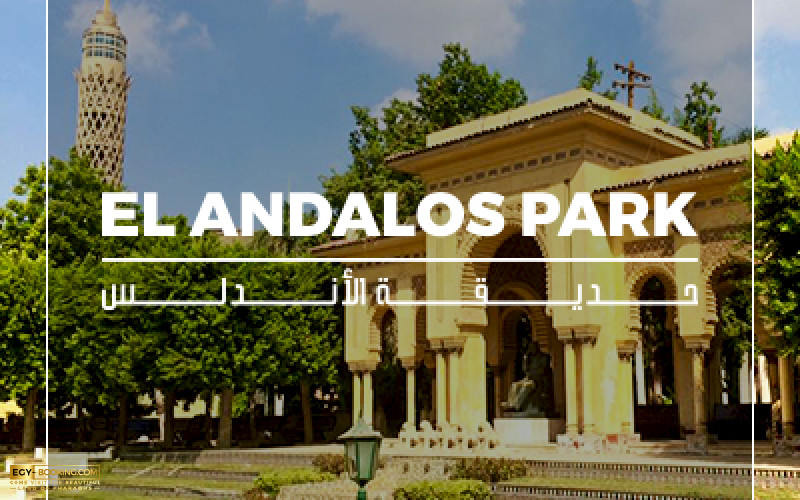 Walking in the gardens was and is still one of the most beautiful outings that make you contemplate the splendor of nature, and there are many gardens in Egypt, and one of them is the first garden to be recorded as an antiquity in Egypt, and it was used to film many shots of some old films such as the movie “Prince of Revenge” by Anwar Wagdy. It witnessed concerts by a number of famous singers, including Abdel Halim Hafez, Farid al-Atrash, Muhammad Fawzy, and Fairouz, also it was included in the list of Islamic and Coptic monuments. It is "El Andalos park".

A garden in the neighborhood of Zamalek, overlooking the Nile from the east, and on Gezira Street from the west, and from the south overlooking the Opera Square and Qasr El Nil Bridge, and from the north overlooking the El Jeeb studio. It was established by Muhammad Bek Zulfiqar in 1935 AD during the reign of King Fouad I on an area of two acres, and it is divided into two parts, the southern and the northern, the southern one called “Arab Paradise Garden”, and the amazing thing is that it was designed in the style of the Arab Andalusian gardens located in southern Spain. Through a quick look at this part, we will find it includes a canopy erected on double columns bearing Andalusian arches bearing the ceiling called "Al-Jawsaq". In the middle of the Jawsaq, there is a statue of the Prince of Poets "Ahmed Shawqi", sculpted by the artist "Mahmoud Mukhtar". We will also find in this part five statues in the form of "lions", from which water flows into a low rectangular pool in the middle of the garden containing two marble fountains, and many Andalusian Arab, geometric, and plant decorations. And for the northern part, it is called the "Pharaonic Garden" which is centered by the statue of "Sheikh al-Balad", as well as other Pharaonic statues.

What makes this garden unique is that it includes a perennial "Uday" tree, and two rare palm trees whose scientific name is "Cycas", and there are "Ficus" trees. It also contains basins of different types of flowers, including the "Arula" flower in red, white, and yellow colors, the yellow "Lantana Camara" flower, the "Alonka" flower in several colors, and the municipal rose.

This was the story of the Andalusian garden, and now we want you to tell us the names of the gardens that you visited before.