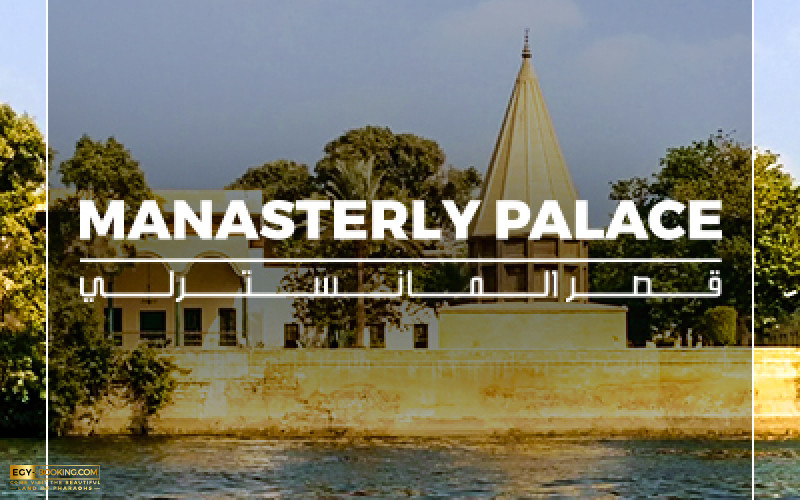 Today, we gonna talk about a place that you might very much want to visit by just reading about it and seeing its pictures, a place that witnessed the announcement of the establishment of the Arab League in 1945 AD, and it has been the seat of the International Center for Music since 2001 AD, it holds seminars in the fields of poetry and literature. It is The mansterly palace, otherwise known as the "tea stall".

It was established by Hassan Fouad Pasha Al-Manasterly to be the only surviving palace from his building group, which he established in 1851 AD. It was built on the ruins of Sultan Najm al-Din Ayyub's palace, and is located on an area of 1,000 square meters in the southwest corner of the end of Al-Rawda Island, also known as the "Al-Meqias" area because of the Nilometer in it.

During your tour inside the palace, you will be amazed because of the splendor and beauty of the details of the palace. The facades of the palace were crowned with a wooden flap in the form of the Egyptian Corniche. It is characterized by "Barocoroko" decorations, which are floral and animal motifs colored in scarlet, and it has two ceilings, the first is made of concrete, and the second is made of wood decorated with motifs inspired by nature. You will also find a covered rectangular hall, and a suite on the western side, which includes a living room, two bedrooms, and a bathroom, as well as another room on the eastern side. You will also see a very spacious hall near its entrance, and this is the hall that witnessed the announcement of the establishment of the Arab League, and it is reported that it remained the seat of King Farouk’s meetings with Arab kings and presidents during the period from 1945 to 1947 AD. In the outer courtyard of the palace, you will find the "Nilometer", which is considered one of the oldest Islamic monuments, which was used to estimate the size of the Nile flood each year, and then estimate the value of taxes and levies in the following year.

And when you get out of the palace, you will find that it is surrounded from the southwest by a wooden balcony overlooking the Nile through triple loggias of wood, its ceiling decorated with floral and geometric motifs. You will also find a small building attached to the palace, which is the "Umm Kulthum Museum", which contains her holdings, decorations, and medals that she obtained.

Finally, if you are looking for an ancient place, with a charming design, and a historical atmosphere, then you should visit the Palace of Mansterly.