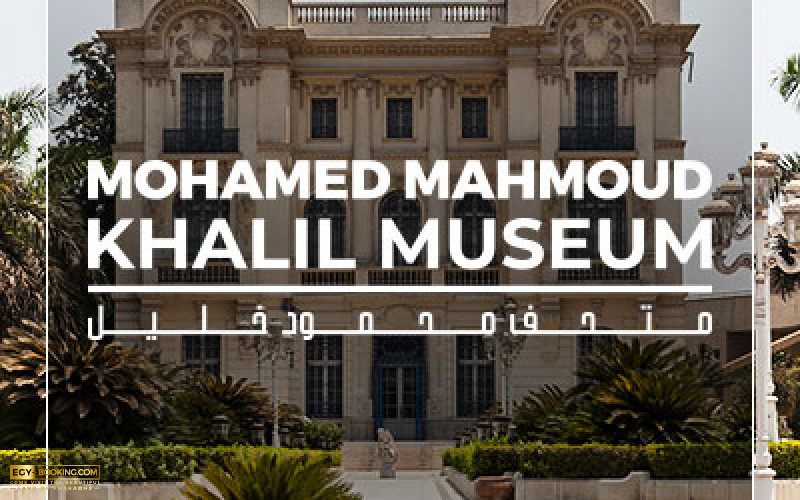 By visiting it, you will enjoy the masterpieces of international art from photography, sculpture, pottery and goblin. It contains 304 oil, water, and pastel paintings, and there are bronze, marble and gypsum statues, and their number reached 50. This is in addition to a large number of antique vases, carpets, and rare antiques.

By this, we mean, one of the most important museums in Egypt and the Arab region, the Museum of "Mohammed Mahmoud Khalil and his wife", which overlooks the Nile River from the eastern side, and Giza Street from the western side. At first, it was a palace owned by the Egyptian politician "Mohamed Mahmoud Khalil", who built it in 1915 AD in the French style, with a total area of 538.75 square meters. After his death, the palace turned into a museum that was opened in July 1962.

The museum's most famous collection is the collection of works by 19th-century European artists, which includes 876 works by the most prominent artists of the influence school, and some works by artists of the Romantic and Classical school. We should also draw attention to that vital branching part of the museum, which is the site for the changing museum exhibits of the pioneers of plastic art, Egyptian and international. This site is known as "One Horizon Hall for Changing Shows", which was opened in March 1997, and the first exhibition in the hall was under the title "Fayoum Faces Exhibition".