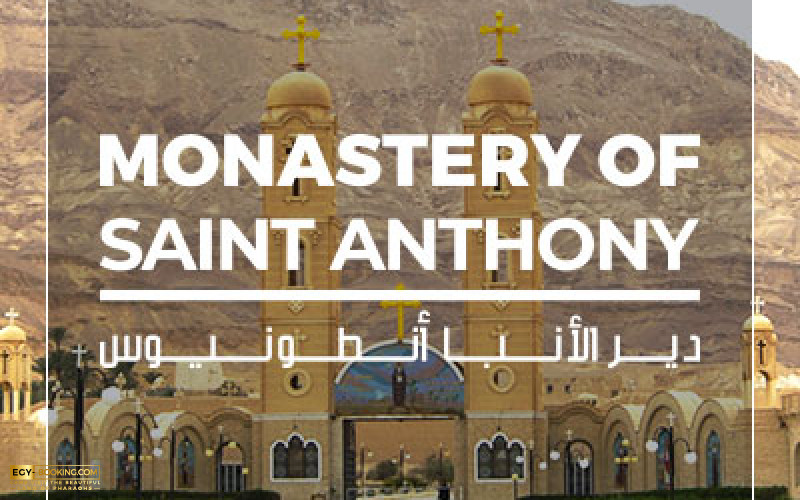 The first monastery built for monasticism in the world, and the second largest monastery after the monastery of St. Catherine in Sinai, was established by Anba Antonios, founder of the Coptic monasticism at the end of the fourth century AD, at the spring from which he used to drink, and near the cave in which he lived. It is the monastery of St. Anthony, located at the foot of the Mount Al-Qalzam in the Galala tribal mountain range in the Red Sea Governorate, with an area of about 18 acres.

The Church of Anba Antonios is the oldest building in the monastery, dating back to the ninth or thirteenth century AD. One of the most famous and most beautiful elements of the monastery is the Cave of St. Anthony, which is a narrow crypt, seven meters long, and ends with a small room in which the saint lived most of his life. The monastery also includes a group of other churches, such as: the Church of the "Four Disembodied Creatures", the Church of the "Apostles", the Church of "The Virgin Mary", and others. There is also a fort that can be accessed via an upper bridge that extends between the fortress and the building next to it. Also there are some modern buildings such as: rest houses for overnight visitors, a house of seclusion, a palace for foreigners to rest, and a library.