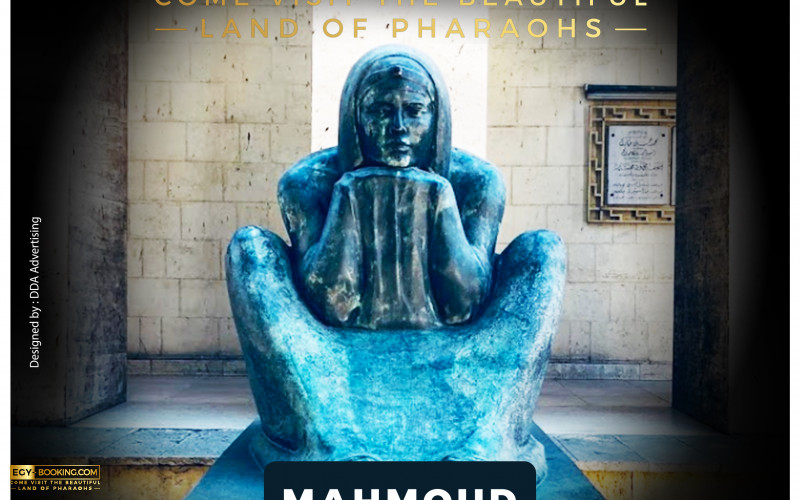 In memory of him, and for his remarkable art work, Ragheb Ayad, a friend of the late artist Mahmoud Mukhtar, called for the establishment of this museum, with the support of Huda Sharawi and Taha Hussein, and Minister of Knowledge back then, the museum opened in 1962 and it was designed by Engineer Ramses Wasif at The Freedom Park on the island.  A museum of 175 art pieces by Mukhtar executed with various materials and his own tools used in sculpture, as well as rare documents and photographs of Mokhtar, and the most important international awards and decorations he has received. A museum designed of two floors and eight halls.

The First floor has the remains of the late artist Mahmoud Mukhtar, along with three halls, include the "Tractor Carrier" hall, which has rural women carrying jars over their heads. The Relev Hall and the "Memories" Hall, which contains the most important belongings of Mukhtar, such as some of the sculpture tools he used. On the second floor, there are five halls: "Saad Zaghloul, elkhamasin, the Characters, the bronze and Isis".

And perhaps the most important works of this great artist are: the statue of "Renaissance of Egypt", the statue of Saad Zaghloul, the statue of the "Quintet", the cartoon statue "Son of the country", the statue of "Sadness", the statue "Aida", which was displayed in Paris, and the display of this statue in the Salon of Paris in 1913, "Mahmoud Mokhtar" turned to be a worldwide phenomenon

Mahmoud Mukhtar was born in 1891, and the birth of his talented started from his childhood, sitting on the beach of the canal and making silt statues. Mokhtar was taught by Cotan and, after him, the French sculptor Antonan Mercier. He has participated in several collective exhibitions, international and foreign, including: The French Artists Exhibition in 1920 and the Exhibition "From the Nile to the Two Holy Mosques" at The Jeddah Art Gallery in Saudi Arabia in 2015.